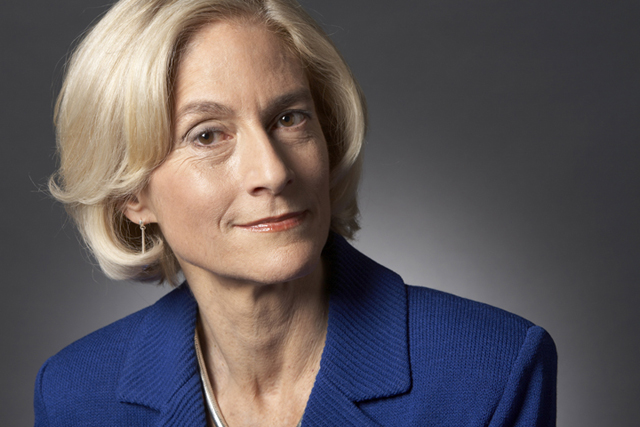 The Health of Nations: For decades, GDP has been the yardstick for measuring living standards around the world. Martha Nussbaum would rather use something that actually works.

For decades, Gross Domestic Product (GDP) has been a standard yardstick for measuring living standards around the world. (The U.S., at $14 trillion, remains far above any other single nation in GDP.) Martha Nussbaum would rather use something that actually works. This is the topic of our latest Freakonomics Radio podcast. (You can download/subscribe at iTunes, get the RSS feed, listen via the box above, or read the transcript here.)

Nussbaum is a philosopher by training and a professor of law at the University of Chicago. In her new book, Creating Capabilities: The Human Development Approach, she argues that we should listen less to economists who tout GDP as a valuable measure of human welfare and look at all the things that GDP fails to capture — like what sort of opportunities are available to people, or as she puts it, “What are people really able to do and to be?”

Here is the meat of Nussbaum’s argument about the shortcomings of GDP:

Even if you were absolutely determined to have just one number, it wouldn’t be the best single number. Average household income would be a much more pertinent number because that’s a number about how much money is staying there, doing things for people in that country. The problem with GDP is that the profits of foreign investment often go out of the country back to the investing country, and so GDP doesn’t even tell us what’s happening for those people in that country. [But] there are some more serious problems. Distribution. We want to know how people at the top are doing and how people at the bottom are doing and what levels of equality that society has attained. GDP is an average, so it doesn’t tell us whether there’s a large number of people who have very miserable lives. In the days when that was used as the main measure, South Africa under apartheid did very well in the development tables, because there was a lot of stuff around there in South Africa, but never mind that it didn’t go to enrich the lives of a vast majority of the people there. And then, third thing, is that if we think about the different things that are involved in a human being having a good life, and those things are plural. There are things like health, education, the quality of race relations. So think about South Africa. All those things are huge, and they were part of the apartheid system, there was inequalities in health and education. Now it turns out that GDP is not very highly correlated with some of those important things. There’s a lot of empirical work by now that’s been done on whether improving GDP translates into improvements in health and education. And it turns out that actually doesn’t, in the absence of direct government action focusing on those things. So it’s just not a very good proxy for a lot of those things that are very important to people.

Nussbaum has been collaborating for years with the Nobel-winning economist Amartya Sen to develop a new framework for assessing — and increasing — human welfare around the world. Nussbaum admits that the measurement that they’ve been promoting, the Human Development Index, is hardly perfect, as it’s not such a simple thing to quantify freedom and well-being. But because the HDI at least factors in things like healthcare and education, Nussbaum feels it does a better job than GDP. And the HDI has gained much acceptance in development circles. You can find worldwide GDP rankings here and HDI rankings here; to get a brief sense of how the GDP* and HDI rankings can differ, here is the Top 10 of each: 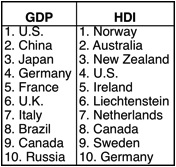 Here‘s a fun HDI tool to play with, and here’s how a handful of selected countries look on the GDP and HDI rankings: 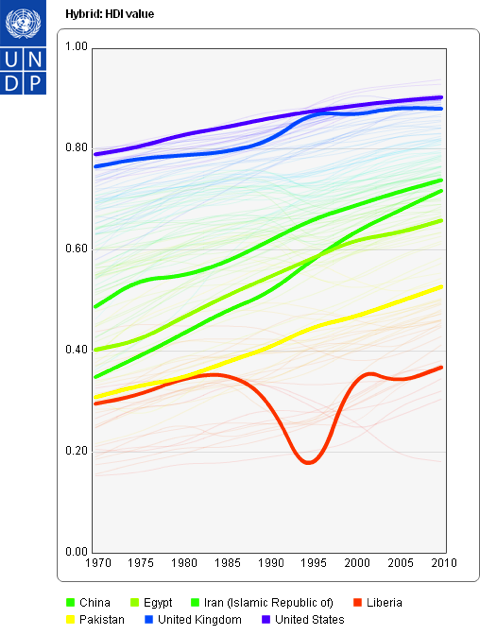 In the podcast, Nussbaum also talks about quantifying happiness, her quarrels with her economist colleagues at the University of Chicago, and how she likes to relax at the end of a long day: by singing. Yes, you’ll get to hear her perform a bit.

This episode was biased in a very subtle way. Not the way some people rant here stating she's a communist, just asking her to sing. It seems to be kind and respectful at first, but if you think again, it is diminutive. Incompetent as economist, but she is a philosopher and she sings too. It's like asking female politicians about style.

Nussbaum has a very interesting world view. I agree with her; GDP is an imperfect measure of how well off a country is. And that trying to maximize GDP at the expense of alternative forms of development (civil rights, life expectancy, clean air) is an error.

It is however, a matter of opinion: there will never be a definitive answer.