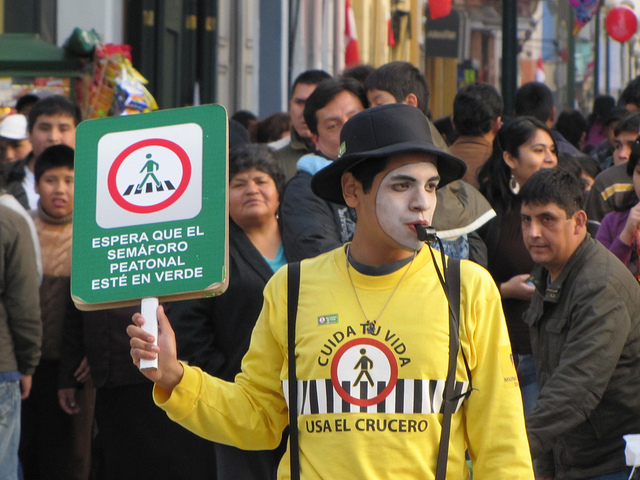 Our latest Freakonomics Radio podcast is called “Riding the Herd Mentality.” The gist: How peer pressure – and good, old-fashioned shame – can push people to do the right thing.

(You can download/subscribe at iTunes, get the RSS feed, listen via the media player above, or read the transcript here.) 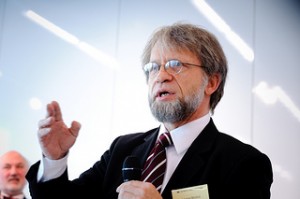 Our story begins in Bogota, Colombia, where a new mayor, Antanas Mockus, used some unconventional methods to bring order to a disorderly and unsafe city. Mockus, trained as a mathematician and philosopher, had been president of Colombia’s national university but things went south when he mooned a group of dissenters. As mayor, he dressed up as a superhero and enacted all sorts of rules and programs that tried to change the way a government gets its citizens to do the right thing. You’ll hear directly from Mockus as well as the filmmaker Margarita Martinez, who made a film about him.

We also speak at length to Robert Cialdini, a giant in the “influence” field (indeed, Influence

is the title of his best-known book, and is well worth a read). For years, Cialdini and colleagues have been exploring how “social norms” can lead to more “pro-social behavior” — or, translated into lay speak, how getting people to fall in line with their neighbors can make life a little better for everyone:

CIALDINI: Birds flock together in very neat patterns, fish school, cattle herd, social insects swarm together. So this is something that doesn’t require a lot of cognitive capacity in order to trigger the conformity. All you need to do is to see what those around you, like you, are doing. And it’s a good shortcut to deciding what you should do in a situation. 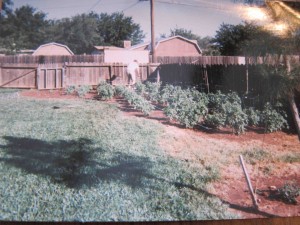 A former “lush green lawn” in Midland, TX, before restrictions on how much residents could water their lawns were imposed. (Photo: Krissy Clark)

You’ll also hear a really interesting piece by Marketplace reporter Krissy Clark, who spent some time in west Texas, where a severe drought forced people to cut down on their water use. At least they were supposed to cut down — but those lush green lawns that some Texans were used to don’t just get green on their own. You’ll hear from Barbie Jones, president of the Grassland Estates homeowners’ association; Wes Perry, the mayor of Midland; and local talk-show host Robert Hallmark, who noted that people got creative when it came to skirting the new watering rules:

HALLMARK: The Slip ‘n Slide Rule was that you could operate a Slip ‘n Slide in your front yard for the kids anytime you wanted to. Now you know as well as I do a Slip ‘n Slide is nothing but a water hose with holes in it. It is just pouring water out onto the lawn. So we determined how much it would cost to hire kids to stand in your yard in a bathing suit just so you could water your yard.

And you’ll also hear from our resident economist, Steve Levitt, who has a unique way of assessing the value of using guilt and shame as motivators:

LEVITT: From an economic perspective, shame is a wonderful punishment because unlike imprisonment, it’s free. It’s not only free but the society can impose as much shame as they want on people without any kind of cost or resources used up. But in fact, the rest of society actually likes it when other people get shamed. People love to read in The National Enquirer or The New York Times about the shame that comes down on public people. So it’s actually a really incredibly efficient mechanism for punishing people who do things we don’t like.

Hope you enjoy the episode. It was a lot of fun to produce. I’d particularly like to hear your instances of successful (or unsuccessful) applications of peer pressure and shame, whether in your family, company, or government.

I was thinking a lot about this podcast as I read the story in Boise's main newspaper, the Idaho Statesman. Handicapped advocates are leaving notes on cars that park in handicapped spaces without proper permits. I would love to know if that gets people to change their behavior or not.

At the 2012 Sydney Festival, we created a sophisticated set of interactive dashboards showing which artists were buzzing (on twitter and facebook) in real time, where people were coming from, interesting facts and live photos.

To my astonishment the most popular tool simply allowed you to see which show other people from your postcode were going to see. Viewed through the lens of behavioural economics, this makes perfect sense but it's the opposite of what I would have predicted instinctively. In fact it almost didn't get deployed because it was too simple.

A number of California utilities have implemented social norm comparisons of residential water users by using WaterSmart Software's cloud-based analytics and communication platform. Within weeks, utilities can compare homes of similar attributes to each other and deliver personalized printed and emailed reports with social norms to each household. The results are impressive -- revealing that water consumption declines within a short period for a majority of households and that those savings persist over time.

Just wondering does anyone has a list of the songs played in the background of this episode?

So how much, on average, has everybody donated to Freakonomics Radio?