Why Bad Environmentalism Is Such an Easy Sell (Ep. 143) 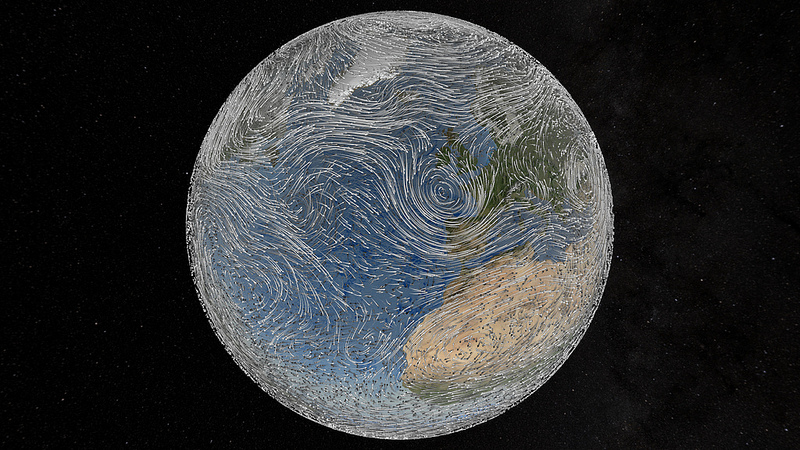 Sure, we already know it’s not easy being green. But how about selling green? Yep, pretty easy. That’s according to the Harvard economist Ed Glaeser, the star of this week’s podcast, “Why Bad Environmentalism Is Such an Easy Sell.”  (You can subscribe at iTunes, get the RSS feed, or listen via the media player above. You can also read the transcript; it includes credits for the music you’ll hear in the episode.)

Glaeser is an interesting scholar and a good conversationalist. You last heard from him in our podcast called “Why Cities Rock,” in which he discussed the many upsides of urban life: economic, culinary, intellectual, and environmental. (This was based on his book Triumph of the City.) His latest working paper is called “The Supply of Environmentalism” (abstract; PDF). Glaeser argues that since most of us are eager to do the right thing for the environment, we are vulnerable to marketers and politicians who offer solutions that aren’t as green as they seem:

GLAESER: So I actually do believe that almost all environmentalists are motivated by relatively benign forces and they’re trying to do good for the world. … But I do think that in the sales pitch, in the persuasion process, inevitably decision rules get simplified. Inevitably we move things down to sound bites, we move things down to simple implications. And sometimes these just mean that we get results that are less than perfect. In some cases we can get results that are completely the reverse of what we wanted.

You’ll also hear about bamboo, which has an extremely green sheen these days, and is used in construction materials, clothing and linens (let this panda tell you) and even toilet paper. But as Kathryn Fernholz of Dovetail Partners argues, bamboo isn’t really an eco-savior. The FTC, meanwhile, recently fined four national retailers for “bamboo-zling” consumers with misleading environmental claims.

Politics, of course, isn’t immune to environmental sleights of hand. Consider Al Gore and corn ethanol. Gore was for it before he was against it, and explained why during a green-energy conference: “One of the reasons I made that mistake is that I paid particular attention to the farmers in my home state of Tennessee, and I had a certain fondness for the farmers in the state of Iowa because I was about to run for president.”

And what is Ed Glaeser’s advice for cutting through the green fog? “We should probably be most aware of environmental messages when they’re sold by people who have an obvious personal interest in it.”

I'm looking to share the podcast on the cost of raising mediocrity to acceptable vs. acceptable to excellent. I listen to Freakonomics all the time and this discussion become heated in a teacher's lunchroom. With the new standings of the U.S. in education ranking, I'd like to quote this podcast on where we spend money for education. Thank you

Is he for real? Does he really think there are vegetarians out there who don't eat animals because they want more pigs in the world? Can he create a more absurd strawman?
If you are against cruelty, you boycott factory farming. If you consider yourself an ethical person, you don't pay someone to kill an animal just so you can eat flesh instead of Beyond Meat or Tofurky deli slices.

I agree with the larger point--some actions taken in the name of environmentalism may not always be the most environmentally-friendly. The point is well made with the example of the ethanol-hype a few years back. However, unless I completely misunderstood him, I simply cannot agree with the Harvard professor's point regarding paper and vegetarianism. He says that using paper actually encourages the paper industry to replace trees. I simply cannot follow this logic. If there was no demand for paper, they wouldn't cut down trees at all. This doesn't mean that new trees wouldn't be planted! Like a true economist, he seems unable to understand that production can take place outside of the supply-and-demand chain. You don't need industry to replace trees. And while he didn't go into detail, he tried to make a similar point with vegetarianism. This is even more difficult for me to understand. The analogy would be: we should eat meat if we want to be green because this encourages industry to replace those environmentally-friendly cows?! The analogy doesn't fit because, unlike trees, more and more cows are bad for the environment while more and more trees are good. If we all stopped eating meat, there wouldn't be a demand for it anymore and there wouldn't be all the waste and methane associated with the industrial farm animals. As an economist, he should understand that without that demand, there would be no supply. Now, I could be persuaded that replacing paper with tablets, for example, or replacing meat with genetically-engineered faux meat, for example, might be in the long-term be worse for the environment than paper and meat. But I remain unconvinced that using paper is good for planing more trees and eating meat is good for...well, that I couldn't wrap my brain around at all. I would love to get more clarification on these issues. Otherwise it sounds like a fancy Harvard economist doing exactly what he was arguing against...using environmentalism as a way to legitimate one's position, regardless of how truly environmentally friendly that position really is.

Young, fast-growing trees soak up more CO2 than old-growth forests, therefore the planting/harvesting cycle brought about by demand for paper is good for the environment. In addition, paper that gets buried in landfills sequesters that carbon into the earth. Let's go back to using paper sacks for groceries, if you really care about the environment. Re-using cloth bags doesn't promote planting more trees.

I find these assertions to be questionable.

First of all, there appears to be research that demonstrates the importance of old growth trees in CO2 absorption -- http://phys.org/news140269097.html

Thirdly, are landfills really the best way on balance to sequester carbon? Is that better than sequestering carbon in the form of a recycled product that will continue to be a useful object? Does the amount of carbon being sequestered make up for the negative effects of landfills?

It would certainly be novel if the best thing we could do for our environment was to grow young trees to soak up CO2, cut them down and then stuff them into the ground. But something doesn't smell right about that line of reasoning.

Though I am a big fan of Freakonomics, you're getting awfully close to what I dislike most about Rush Limbaugh; the assumption that pointing out deficiencies actually solves any problems other than to distract the Proletariat to keep them from meddling with the affairs of the Bourgeoisie. While we admit there are problems with the present system, isn't the solution more oversight and regulation from Government?

My personal vendetta is the environmental cost of harvesting energy from the sands in Canada using lots of heavy equipment vs. letting it rise to the surface from natural gas wells. Use the energy that is easiest to harvest. Don't make it more difficult than it has to be. Maybe someday that method will make sense, but not today with the glut in other more efficient energy sources. The only way that issue will ever be addressed is by an Energy Czar or similar position that doesn't really exist.

That's liberal logic for you.

"cleaning oil out of Canada’s sand that’s there naturally"

If it's there naturally, we're not 'cleaning' it. It's about as stable and safe as it can be where it is. By taking it out, we're actually making a mess (in many cases, a mess like oil on sand from an oil spill).

A little history needs to be involved here.
The Prius and other hybrid models did not come the mileage world nor the environment but to meet the standard for a low pollution car for the car community in California allowing you to use the commuter lane as a single driver.
Both Honda and Toyota lost money on the original models but it started the hybrid revolution. These cars are great if you are trying to meet the California standard but would have been even better if they were diesel "Something missing her with an even better 1/3 better mileage. As for rhe environment both ford and Volkswagen make cars in the 70+ mileage range with emission's equivalent to a human breath but the California air quality management district

A lot of the housing they build in San Franciso is luxury high rent residential that pushes the lower income population out of san francisco. It doesn't consistently make more housing units in SF.

Hitler thought he was solving the world's problems too. No one wakes up and says "I'm going to do bad today"...do goodery is no excuse for bad unthinking policies.

Environmentalism has sadly turned into an earth worshiping religion and so like most religions its truths go unquestioned by its believers. There are two things that environmentalists will never question. 1.that the earth needs saved 2. that humankind is ruining the earth.

I've seen little evidence other than the occasional urban pollution problem that is easily remedied with tried and true technology that demonstrates either is true.

How about considering a more pro-humanist perspective. 1. The earth is a rock that doesn't need saved and 2. Humans have altered the planet in a way to make it more comfortable, productive and habitable. What a novel world view. Relax.

Environmentalist come across as a bit self righteous and know it all, although I'm sure they mean well. I can't stand it when someone acts as if they know more than Yahweh about the earth. My heavenly Father created the earth and he knows how to maintain it without man's involvement.

I'm certainly not about to get involved "helping God" and make it my life's mission. He framed the world with his words, I'm sure he knows how to keep us breathing. He's the one who started us breathing anyway, not the trees he created. Trees are not my lungs, God is. Environmentalism is the same as worshiping the CREATION more than the CREATOR. Instead of hugging a tree and feeding squirrels, how about you feed that homeless gal using the pavement for a bed.

The bible says the the earth is the LORD'S and the FULLNESS thereof. One day GOD is going to destroy the earth. It's HIS to destroy the same way it was HIS to create. I'm not trying to alter GOD'S earth in any way. The bible also says that pigs, chickens and cows were meant to be part of the food chain. If God approves it, IT'S APPROVED. No need for environmentalism.

Jesus said "Tribulation is in the world, but be of good cheer, for I have overcome the world." My Savior didn't overcome this world and all it's troubles so I can spend my time worrying about the way the grass grows. That's for sure. I think I'll follow God's wisdom instead. Just sayin.

Of course things get simplified. Of course outcomes are less than perfect. This is not the imaginary world of the economist. This is the real world.