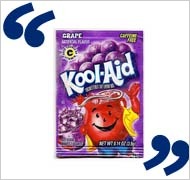 Where does “drinking the Kool-Aid” come from?

This refers to the Jonestown massacre. Wikipedia summarizes:

Around 900 followers of Jim Jones committed suicide or were murdered by drinking or allegedly being forced to drink cyanide-laced grape Flavor Aid in 1978. Erroneous references to the mass suicide, in combination with existing references to The Electric Kool-Aid Acid Test of the Merry Pranksters, gave rise to the expression “Drinking the Kool Aid,” a reference to blindly following an authority even if it leads to serious harm or death. A camera from inside the compound shows a large chest being opened showing boxes of both drinks. There is also testimony from criminal investigators at the Jonestown inquest stating that there were ‘cool aid’ (sic) packets there. It is unknown whether these are a reference to the Kool-aid brand packets from the trunk, or simply a generic use of the more popular brand for the product.

What’s the current thinking on the author of: “Truth is the first casualty of war.”?

The best source for “the current thinking” on qutotations is The Yale Book of Quotations. The YBQ documents “The first casualty of war is truth” as appearing in Sherwood Eddy and Kirby Page, The Abolition of War (1924), then goes on to note:

“The first casualty when war comes is truth” is often attributed to remarks in the U.S. Senate by Hiram Johnson in 1918, but, according to the Oxford Dictionary of Proverbs, “it does not occur in the record of the relevant speech.”

The YBQ also cross-references to Samuel Johnson in The Idler, Nov. 11, 1758: “Among the calamities of war may be justly numbered the diminutiion of the love of truth, by the falsehoods which interest dicvtates and credulity encourages.”

“better inside the tent pissing out than outside the tent…..” do any readers know the origin – i dont

The Yale Book of Quotations quotes Lyndon Johnson, saying about J. Edgar Hoover: “Better to have him inside the tent pissing out, than outside pissing in” (quoted in New York Times, Oct. 31, 1971). Johnson may well have been employing an already-existing expression.

RE: Jonestown...
My understanding is that they drank Flavor-Aid. I've always wondered if it bothers the Kool-Aid people that their product is so closely associated with that travesty and it wasn't even there.

RE: The LBJ one - that's hilarious! But it makes me wonder where "pi** up a rope" comes from, and what that is even supposed to mean.

Delete ... Delete.... I skimmed - I've been caught, Flavorade was totally mentioned. My apologies. :(

Where did swan song come from? I know that Plint the Elder (77 AD) refuted that swans sing before their death but who stated it before he refuted the statement?

Picky point. I suggest not using wiipedia as a source. Oh, I use it a lot and it is great. But as an identified source, it really should not be used.

Truth is not a casualty of war - it's the prize.

Why not just put the book online and let people use it themselves?

And what is the origin, other than the obvious.

John S - I always associated it with The Swan by Saint-Saens, but it likely predates that.

How about when a girl get's pregnant, "Knocked up"

What about the baseball phrase "a can of corn" for an easy pop fly? Or where (how) the term "bullpen" originated?

I know that the drink used by Jones was not Koo-Aid since I worked at Kool-Aid Research in Chicago when the news broke.

I remember commenting, "Thank God, it's not Kool-Aid!"

I also thought that if you going to commit suicide, you should at least use the "good stuff".

There is a reference to the brand in, I believe, in a New York Times article on the massacre. i'll search for it.

It may have been Flavor-Aid, but I'll check.

Hey, I even use the phrase since "Drink the Flavor Aid" would require a lecture.

I had the good fortune of sitting next to Charles Krause, the Washington Post reporter who broke the Jonestown story, on a plane a couple of years ago. He confirmed that the actual drink was grape Flavor-Aid, not Kool-Aid. The change was made because it sounded better in the story (the implication is that the phrase 'don't drink the Kool-Aid' comes from his story).

I don't know the first written version of "pissing into the wind", but of one of its most impressive displays.

In Amsterdam, near the Leidse plein (not far from the Rijksmuseum with many of the famous dutch painters on display), there is a brightly white gate in the form of a greek thympanon (temple front), where large golden letters spell out "HOMO SAPIENS NON URINAT IN VENTUM".

I've been asking this for a little while now. Who is Scott, and why is he the subject of an exclamation?

I think it's also interesting as to what is acceptable in terms of the tastelessness of a common phrase. I find the phrase "drinking the kool aid" kind of disturbing, since so many people, including children, died in the original incident to which this phrase alludes. A similarly tasteless phrase such as "topple the towers" (e.g. "I bet if we give this our all, we can 'topple the towers' and achieve the goal we all want so badly!") on the other hand, would immediately be identified as offensive and no one would ever actually employ it. But it's easy to see where the similarities between the two phrases are: allusions to the deaths of innocents in order to express a fervent belief in a common cause.

I doubt "drinking the kool-aid" was used until some time had passed, and I would be curious when it became part of the vernacular. But I still find it pretty tasteless.

Where does "Low Key" come from?

If one is a fan of the 'Yes Minister' series, the expression 'thin end of the wedge' appears quite liberally on the show, connoting 'something undesirable'. Where does it come from?

Additionally, and perhaps contradictorily, fans of various soft cheeses are generally in agreement that the thin end of a wedge of cheese is actually quite desirable....