On Payday, Watch Your Back 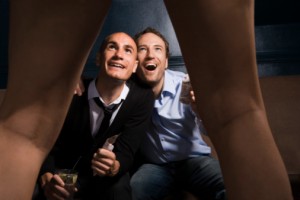 Another thing to add to the list of things to be paranoid about: your paycheck might kill you. Notre Dame economist William Evans, along with Timothy Moore from the University of Maryland, analyzed more than 75 million deaths in the U.S., and found something interesting. On the first day of each month, the death rate goes up. The effect is particularly strong in places where people get paid en masse: deaths around military bases spike nearly ten percent; in Alaska, mortality spikes thirteen percent when oil-dividend checks are cut; more seniors die when Social Security checks go out; and when tax rebate money was distributed in 2001 — yep, more deaths. Rich, poor, young, old, the effect is strong across all demographic groups.

This week on Marketplace, Stephen J. Dubner and Kai Ryssdal talk about why this happens, and about how swimming — yes, swimming — might just be the remedy.