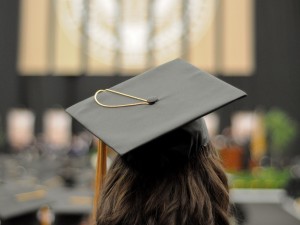 A new NBER paper (abstract; PDF) by Amanda Pallais looks at how small fees impact the application behavior and outcomes of low-income students. Using data from the ACT, she found that an increase in the number of free score reports that students were permitted to send to colleges resulted in students sending their scores to a wider range of colleges, with low-income students attending more selective colleges. These outcomes were surprising because the non-free score reports were a mere $6. The abstract:

This paper estimates the sensitivity of students’ college application decisions to a small change in the cost of sending standardized test scores to colleges. Using confidential ACT micro data, I find that when the ACT increased from three to four the number of free score reports that ACT-takers could send, the fraction of test-takers sending four reports rose substantially while the fraction sending three fell by an offsetting amount. Students simultaneously sent their scores to a wider range of colleges. Using micro data from the American Freshman Survey, two identification strategies show that ACT-takers sent more college applications and low-income ACT-takers attended more selective colleges after the cost change. The first strategy compares ACT-takers before and after the cost change, controlling for time trends and covariates, and the second estimates difference-in-difference regressions using SAT-takers as a control group. Back-of-the-envelope calculations suggest that by inducing low-income students to attend more selective colleges, the policy change significantly increased their expected earnings. Because the cost of sending an additional (non-free) ACT score was merely $6 throughout, this sizable behavioral change is surprising and suggests that students may use simple heuristics in making their application decisions. In such a setting, small policy perturbations can have large effects on welfare.

If the authors can write of a "mere $6", I suspect they have little experience of actually being poor.

I also have to wonder why students should have to send test results to any college (except to pump up the test-giver's income). Given current technology, it would seem far simpler for colleges to simply access their applicants' scores online.

"Send test results" means "give permission to the designated school to access your test score online from the test company." There is no actual "sending" involved.

And then the ludicrous tuition fees of those more selective schools ensured that they were in debt for the rest of their lives. The end.

Or maybe it's only Northeastern University where you manage to rack up a $100K debt even while working the entire time you're at school.

It's not surprising if you're a student. If a college is going to charge 6 dollars to receive an extra form, it's sends the signal that it doesn't think that any significant form is likely to come through, and that it must charge a fee to offset the costs. So students are less likely to apply. On the other hand, by removing such a provision, colleges send the signal that they are looking for more applicants, and students also are likely to branch out more because they realize that the criteria for admission to one college are probably different at another college.

If you don't have a check book and a bank account, to pay to send scores to colleges is probably going to cost more than $6 each, and, unlike for students more hooked into the banking system, considerable hassle.

Yet college application fees are about 10 times the extra score fee. Do students not figure this into the equation when deciding to buy additional score submissions? The $6 fee is trivial. Perhaps it's a matter of dissociation and timing. Order the extra score submissions now and narrow your application list later. There's not enough information in the abstract to know.

It appears the author never looked at actual applications as opposed to just sending scores. Therefore the title of this post is misleading at best.