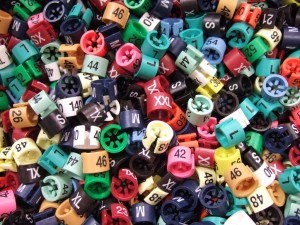 Our latest Freakonomics Radio podcast is called “100 Ways to Fight Obesity.” (You can subscribe at iTunes, get the RSS feed, or listen via the media player above. You can also read the transcript;  it includes credits for the music you’ll hear in the episode.)

Steve Levitt runs a  consulting firm called The Greatest Good. It is occasionally hired by a philanthropist or foundation to look into societal problems. That’s what happened recently, when the Robert Wood Johnson Foundation asked The Greatest Good to put together a brainstorming session on childhood obesity. Stephen Dubner moderated the event. In this podcast, you get to be a fly on the wall as a dozen participants explore the biological, behavioral, political and economic angles of obesity.

The participants are: Peter Attia, a former surgeon who now runs a nonprofit focused on nutrition; Kelly Brownell from the Rudd Center For Food Policy & Obesity at Yale; Geoffrey Canada of Harlem Children’s Zone; Bill Dietz, the former director of the Division of Nutrition, Physical Activity, and Obesity at the CDC; Chris Economos, who studies obesity and childhood nutrition at Tufts ; Steven Gortmaker of the Harvard School of Public Health; Nobel laureate Daniel Kahneman; Harvard economist David Laibson; RWJF Health Group senior vice president Jim Marks; Brian Mullaney, co-founder of Smile Train and WonderWork; Eric Oliver, a political scientist at the University of Chicago who has written a book

about obesity; and Mary Story from the School of Public Health at the University of Minnesota.

For all the myths surrounding obesity and weight loss, the fact is that 17% of children and adolescents in the U.S. are now obese. Chris Economos puts this in context:

ECONOMOS: The obesity rates for children have tripled in the United States over the last 40 years. And there are dramatic health and societal consequences that result from that. Some are immediate and some are long-term, particularly because childhood obesity leads to adult obesity.

Geoff Canada gives his perspective on why this problem is so hard to fix:

CANADA: I have become increasingly convinced, and I’m no scientist, that a lot of this is addictive behavior, that the sugar that folks consume, it is an instant feedback, eating a Twinkie. Maybe I’m the only one that gets that satisfaction from doing it, but lots of families I think are using food because the rest of their lives are so horrible that this is something that you can enjoy. And now Geoff wants to take that from you, too.

As you’ll hear, no idea was off the table, no matter how daunting or unpalatable. In fact, an idea that Levitt floated is one that he’s been dreaming of for a while.

A lot of talk about subtle economics and cost comparisons and nutrition. Some of which is actually probably useful. But it seems to me that the simplest and most obvious solution is the one everyone is missing, because it is mean. Make it socially unacceptable to be fat, and fewer people would be fat. It's the shortest, easiest, cheapest and simplest way to affect the obesity rate. People may argue for not subsidizing corn, and hell, I agree. But low grade verbal bullying and social ostracism is a far more potent tool. So the question becomes, how much do you want to decrease obesity? Enough to torture a fat teen emotionally for years? Is it worth that? Or are we only using "nice" tools and abstracts on the problem? Put another way, how serious are we about the problem? If we're only "sugar subsidy" serious, we're going to have a lot of obesity in the future, I can tell you that.

2) I've heard repeatedly that using food crops like soybeans and corn for fuel is a bad idea because it drives up the cost of food. But maybe using corn for fuel would not only help our fossil fuel problem but also decrease our consumption of corn syrups. Increasing the value of corn would not only allow us to scale back corn subsidies but also rid us of the tyranny of cheap sweeteners. Maybe we could make corn so expensive that no one wants to use it to feed cows.

Let me see if I get this straight. We pay taxes to subsidize corn production, which makes corn syrup the cheapest available sweetener. We then pay taxes to further subsidize corn to make biofuel cheaper (at a minimum of the same rate, otherwise who would grow fuel?). The biofuel mandated by the federal government doesn't actually exist. So we pay farmers twice to grow the same crop, but not for sweeteners, so we can do (something?) with the corn to make a fuel that doesn't exist, and presto! Less obesity! You should be in congress.

very interesting podcast and i agree that this is a very tricky issue to tackle in many aspects.
yet, i think that with all those experts, something was missing for me - something that levitt mentioned for a second towards the end (besides that gross tapeworm...) - self control.

this means that self regulation, especially in more obese people, is a very strong component. and think of the fact that your obese mama has undiagnosed ADHD and you don't, and you learn your eating habits from a person who has lower self control than you, chances are you are one of those 70% who are influenced by those who had undiagnosed ADHD and do the shopping and cooking for you and teach you their eating habits.

i am kind of sad that through all of Freakonomics episodes, i have not come across any impact of ADHD on the economy.

so many entrepreneurs have (un)diagnosed ADHD and are driving innovation
so many prisoners (24-67% of inmates - Gudjonsson and colleagues, 2009) have ADHD and have a huge impact on both society and economics
so many young people with ADHD have a much harder time studying and working than their peers (Dipeolu, 2010) which is why so many of them are either unemployed or trying to build their own businesses
teens with ADHD are 4 times more likely to be in a car accident, more likely to drive before they have a license, or get speeding tickets.

all these have HUGE impact on society (if you dig a bit more, you'll find some other disturbing numbers). more car accidents, more obesity, more prisoners, more unemployment. and drugs? ADHD more likely to use them because they are self medicating. same for alcohol. and gambling.

90% of americans have no idea that they have ADHD according to a national survey.

yet, on the bright side, many more entrepreneurs and innovators.

Dubner, Levitt, i think it's time you guys did a show on ADHD's impact on the economy! even though i loved the tapeworm diet, which probably should get its own show too... ;)

It's almost as if you create a psychological "disorder" which is so ill-defined as to be ubiquitous, and then can correlate it to anything you like! With symptoms like "Impatience" and "Procrastination", I'd hazard a guess that right about 100% of the population can claim at least one symptom. So if only 27-30% of obese people display ADHD symptoms, and 33% of the population is obese, then ADHD actually is lower in fat people.

thanks for backing everything with actual scientific papers based on studies of 60 years.

and btw it is not a psychological disorder, it is a psychiatric disorder (dictionary if needed). which means that if you look at an ADHD brain and "normal" brain in an MRI machine (those big machine that are used to look inside your head using magnets), they look different. that's called SCIENCE.

and brush up on your percentage calculations, they seem to come from a parallel universe.

To really understand the scale of this issue, you can state the obesity stats this way: More than two-thirds of adults in the US are overweight.

I encourage people toward obesity, for the same reason I encourage other people to smoke. It's in my interest to have such people contribute to the pension systems from which they have a diminishing probability of collecting. If everyone maintained a high level of physical fitness the actuarial tables used by retirement systems would need substantial revising and everyone would need to either work until death or contribute a larger fraction of their working income to retirement savings. A larger ball of retirement money seeking investment opportunities would lower the returns on such savings, which would, in turn, require more retirement savings.

This might be true if the obese, smokers, and so on would have the grace to simply die, quickly and inexpensively. Unfortunately for your theory, they tend to linger, racking up far more in medical costs than their eventual deaths would save the pension system.

As for staying healthy and working until death, my now 98 year old neighbor has, and he's still spry enough to do yard work and throw sticks for his dog to chase.

1) Healthy food already does taste better.
2) Why make healthy food the same price? It's cheaper now (with reasonable selective shopping).
3) It is easy to prepare, though of course you can get as complicated as you like - kind of like the difference between painting your ceiling white, and doing a Sistine Chapel number on it :-)

I was most interested in the dynamics of the session. It seemed that most of the "obesity industry insiders" were more likely to go with big government and more regulation approaches (one person said "ban all marketing"). The "outsiders" seemed more open to divergent ideas (sometimes offbeat), and more open to personal responsibility in the matter of over-eating. I prefered the outsiders' suggestions.

The comments supporting the "eat what you want and then work it off" lifestyle are flat out wrong and have been proven so by good science. A person can so quickly consume a number of calories way beyond a reasonable exercise regimen for a busy person. Jogging for one hour (who has time or the ability) will only burn approx 1000 calories (depending on weight and speed of the runner). One trip to McDonalds or one Chipotle burrito can so quickly undo the caloric benefit of exercise. The true benefit of exercise is improvement in cardiovascular health. For weight loss, the tried and true method is a balanced healthy diet replete with whole grains, fruits, veggies, and healthy meat. Scientifically proven but getting this adopted on a large scale is difficult.

But you're missing the other half of the equation, which is that when you adopt an active lifestyle, you discover that you don't want to eat nearly as much (especially if you time meals so that you eat a little bit soon after exercise), and that you also want to eat different things.

As to who has time, you learn to MAKE time. You can, for instance, bike to work instead of driving, climb stairs instead of waiting for an elevator (which often saves time, too), do stretches & isometric exercise at your desk... And how much time do you really NEED to spend sitting in front of a TV, anyway?