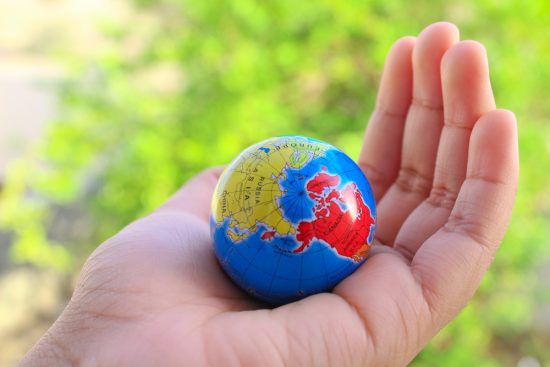 Here’s $2.5 trillion. You have 15 years to spend it. How do you distribute this money in a way that will achieve the most good for the world? This isn’t a hypothetical. In September 2015, the United Nations set its Sustainable Development Goals,  a continuation of the Millennium Development Goals it set in 2000.

Bjorn Lomborg has a few ideas about how the money should be spent. A self-proclaimed “public intellectual” and adjunct professor at the Copenhagen Business School, Lomborg also runs the Copenhagen Consensus Center, which tries to calculate the best return on investment (ROI) for each dollar spent on development aid.

Plus, what’s the ROI on learning a foreign language? Bryan Caplan, an economist at George Mason University, talks about how much time the average U.S. student spends learning a language, and how well that learning is retained. (Spoiler alert: not very well!)  Albert Saiz is an MIT economist who specializes in immigration. In a paper called “Listening to What the World Says: Bilingualism and Earnings in the United States”(abstract; PDF*), Saiz calculated how much learning a foreign language can boost future earnings.

Learning a language is of course not just about making money — and you’ll hear about the other benefits. Research shows that being bilingual improves executive function and memory in kids, and may stall the onset of Alzheimer’s disease. And as we learn from Boaz Keysar, a professor of psychology at the University of Chicago, thinking in a foreign language can affect decision-making, too — for better or worse.

To learn more, check out the podcasts from which this hour was drawn: “Fixing the World: Bang-for-the-Buck Edition” and “Is Learning a Foreign Language Really Worth It?”