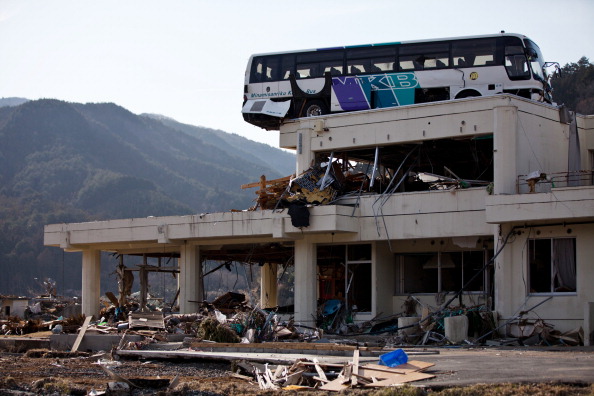 A bus sits on the roof of a building in Ogachi town in Miyagi prefecture on April 1, 2011. (Photo: YASUYOSHI CHIBA/AFP/Getty Images))

“Why Can’t We Predict Quakes?”: We talk to a U.S. Geological Survey physicist about the science — and folly — of predicting earthquakes. There are lots of known knowns, but it’s the known unknowns that are the most worrisome.

The Tohoku earthquake off the Japanese coast on March 11 measured 9.0 on the Richter scale. That’s the fourth-biggest recorded earthquake in the world since 1900, the worst in Japan since modern instruments were first used 130 years ago. The earthquake and the tsunami it triggered led to shocking damage — loss of life, loss of property, all sorts of aftermath issues. But as shocking as the damage has been, the earthquake itself wasn’t all that surprising. Seismoloigists — the scientists who study earthquakes — know a great deal about where they’re likely to occur, and how serious they’re likely to be.

The fact is that, according to the U.S. Geological Survey, several million earthquakes happen around the world every year. Only a select few make us sit up and take notice. Japan, unfortunately, is one of the places where those select few tend to occur.

So how good are we at predicting the next big earthquake? How good are we at prediction in general? That’s the theme of an hour-long radio special we’re producing right now, to air later this year on public-radio stations. Predicting the future is almost impossible; that said, human beings are practically addicted to prediction. With something as serious as earthquakes, you can’t blame them. 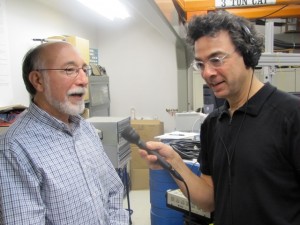 Back in the fall, I visited the U.S.G.S. office in Menlo Park, California. It sits just a few miles from the San Andreas Fault, the most serious earthquake threat in this country. At the time, the most recent earthquakes in memory were in Haiti and Chile, not in Japan. I wanted to talk to a geophysicist about the science — and folly — of earthquake prediction. Bill Ellsworth was willing to talk, and in our latest Freakonomics Radio podcast, you’ll hear what he has to say. (You can download/subscribe at iTunes, get the RSS feed, listen via the box above, or read the transcript here.)

We talked about whether there’s been an earthquake “cluster” in recent months, as many people believe. His reply:

ELLSWORTH: Were there an unusual number of large earthquakes, either this past year or the past decade? And the answer is no. That they’re all within statistical norms. And it’s when we have a couple of events in a row that impact society that we hear about it.

He spoke about the general frequency of quakes:

ELLSWORTH: We typically see an earthquake of magnitude six once a week, globally. And the way that earthquakes work, if you have one magnitude six, you’ll probably have ten magnitude fives, you’ll have a hundred magnitude fours, and a thousand magnitude threes, and it just goes on and on down the Richter scale.

And the state of the U.S.G.S.’s prediction models:

ELLSWORTH: We’re interested in predicting three things about earthquakes: one is where will they occur, the second is how strong will they shake the ground when they do occur, and the third question is when will they occur. The first two are in pretty good shape actually. The third one is the really tough problem.

You’ll also hear the actual sound of the Tohoku earthquake as recorded by the Japan Agency for Marine-Earth Science and Technology and processed for humans to hear by the Laboratory of Applied Bioacoustics at the Polytechnic University of Catalonia in Spain. 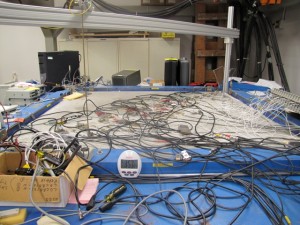 Earthquakes are observable, but not predictable.

What we can do is build structures that can survive even the worst earthquakes. (Tokyo high-rises and sky-scrapers swayed and shook but stayed up.)

The problem in Fukushima was not the earthquake, (the nuclear plant was intact after the quake) the problem was the all to predictable tsunami.

The problems start from the very basic design. They're above ground. Its hazardous and entirely unnecessar­y.

They should build nuke plants a half a kilometer or so under the cities where they are required.

That takes care of:
• unwanted attention, (nuclear terrorism? Can't happen...)
• incident response (you just have to take the various scattered, heavily reinforced elevators up and down,)
• running out of coolant (build holding tanks above the reactor, if there's an emergency, they flood by gravity,)
• radiation dispersal (none of that happened with the undergroun­d tests,)
• expropriat­ion (there is none, no MIMBY here, no neighbors either)
• no size issues (you need a big hole, you dig a big hole. You need lots of big holes, you dig lots of big holes, one per reactor. Lots of heavy cranes suspended from the ceilings. None of this 6 reactors in one spot, with lots of neutron absorbing dirt between each of them.)
• waste disposal (dig a series of side chambers. NEVER bring the waste up to the surface.)

Its poor design to build these things above ground.

What's the song playing at the end of this podcast, it's not in the transcript? It sounds like a Flying Nun post-punk girl band but I can't figure out which one. Thanks.