Who Runs the Internet? (Ep. 144 Rebroadcast) 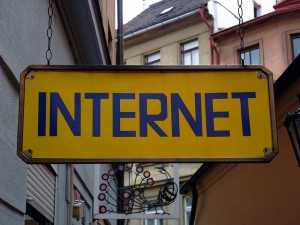 This week’s podcast is a rebroadcast of our episode called “Who Runs the Internet?” (You can subscribe to the podcast at iTunes, get the RSS feed, or listen via the media player above. You can also read the transcript; it includes credits for the music you’ll hear in the episode.)

Does virtual mayhem — from online ranting to videogame violence — help reduce mayhem in the real world? Though Steve Levitt says there is no solid data on this, in the episode he and Stephen Dubner hypothesize:

This episode then moves on to a bigger question about the Internet itself: who runs it? As Dubner asks: “Who’s in charge of the gazillions of conversations and transactions and character assassinations that happen online every day?”

Internet scholar Clay Shirky, author of HereComes Everybody: The Power of Organizing Without Organizations

, tells us that 60 percent of adults around the world are now connected to the same communications grid. And this global connectivity is interesting, he says, because it’s not like there is an international body governing what’s online.

This is coming just from the excerpt, but it's sad when instead of hypothesizing how to build men, we hypothesize how to keep adolescent boys from creating mayhem on the street. Let the video games do the parenting, then either let these boys live with their parents indefinitely or throw them out onto the street with little experience and learning outside of video games.

@bob, one of the great things about the Freakonomics stories is that they teach us consequences aren't what you'd expect. This isn't "noble" or "sad". It's just reality. To ignore reality just because we don't like the results is being willfully ignorant.

If you have a cite that the podcast is suggesting that it is a good thing to "let the video games do the parenting," please show it.

Or video games: they interest some people, and some of those people become obsessed with them, but other people have zero interest. So if there is a significant population of adolescent males with no interest in video games, does that population's violence level increase because of reduced competition from the stay-at-home gamers?

The female gamer statistic is misleading. It includes social gaming that can be accessed through Facebook. This is a VERY different demographic than the console or PC market, which is primarily male.

I absolutely loved this episode.
When Mr Shirkly said " There's a large class of problems you don't solve until you have them."
It was a great quote.
Thanks you for the great time you bring us all.

Just to touch on the gaming comment. I feel that video games are more of an outlet, much like reading a novel. The problem arises when people cannot differentiate between the two realities. I feel this is due to poor parenting or perhaps even a serious obsession. However, you cannot blame the video game for any bad behavior, it seems as if people enjoy placing responsibility upon something intangible, rather than accepting responsibility themselves. Video games are no different to movies, series and even novels. I think the only solution that is beneficial to perhaps everyone concerned, is to enforce stricter controls on who in fact plays the games. Adolescent boys should not be playing games aimed at adults, as they are more likely to be influenced by the themes. So in essence I think we should just control it better, and accept some responsibility, as blaming just produces poor excuses and gets us nowhere.

The segment of this Podcast that really stood out to me was the argument about the varying affects video games can have on children, and therefor, on society as a whole. The speaker detailed three different theories concerning the impact that violent video games have. The first theory is that violence in the video games promotes that violence is okay and fun, so it will cause children to be violent in the real world. The second theory is that video games are used as a stress reliever, and instead of using a gun in the real world, people now have the ability to use the gun in the video game to hurt virtual people instead. The third theory, and the one that seems to be most influential, is the idea that the video games are so fun that they actually distract children from doing anything else. This doesn't just include violent behavior; the speaker suggests that video games pull children away from playing outside, doing homework, or even watching TV once in a while. The reason this theory is so important is because it suggests that video games can lead to a less productive society as a whole.