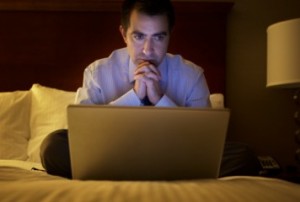 The question of whether the rise of Internet pornography has reduced incidents of rape is nothing new, and something we’ve covered before. Back in 2006, Levitt expressed skepticism over research done by one of his former students that suggests a link, writing at the time:

The kind of variation in the data that gives the result is that states that are quicker to adopt the internet saw bigger declines in rape. He then does a nice thing in the paper, going beyond just this one prediction to test other hypotheses, like do crimes other than rape fall with the internet (he says no) and does other sexual behavior change with the internet (he says yes). The concern is always, with this kind of approach, that there are other factors that might be driving both the adoption of the internet and the decline in rape. The challenge to those who want to refute Todd Kendall’s argument is to identify those variables. The challenge for Todd is to find other kinds of “natural experiments” that support his hypothesis.

Now comes an article in the current issue of Scientific American Mind, which posits that for “most people, pornography has no negative effects—and it may even deter sexual violence.” The article, titled “The Sunny Side of Smut,” is by Melinda Wenner Moyer, a science writer. Here’s a full version of the piece, via Moyer’s website. Though an interesting read, the article adds no new empirical evidence to the subject, and relies heavily on the data showing that rape decreased faster in states that got the Internet quicker. As Levitt pointed out, that’s not enough to go on. Moyer’s article is more of a tour through a handful of studies (and questionnaires) that look at the effects porn has on our behavior and views toward the opposite sex. Here’s a summary of the article from Scientific American Mind editor Ingrid Wickelgren, who is rightly skeptical:

The prolific rise of Internet pornography over the last 15 years certainly represents a change from the past, and has surely had consequences for our behavior and attitudes. Whether we’ll ever have reliable empirical evidence to study its effect on violent sexual crime is unclear. But one thing is sure, it makes for an interesting debate.

I guess you could say it makes for a mass debate!!!!!!

I find it interesting that the findings seem to mirror the overall drop in crime trends that you have previously related to the passage of Roe v Wade; any chance the availability of the internet spread in a similar pattern as the availability of abortions did previously, or is it just mere coincidence?

The rise of internet also correlated to the rise of online communities dedicated to sex trafficking. Sex trafficking is the fastest-growing criminal industry in the world, and the second-largest (http://www.ijm.org/downloaddocument?gid=1)

Maybe these rapists are just doing it under the table to invisible members of our society.

Point 1: Rape is not about sex, it's about power.

Point 2: Even if you think that rape is about sex, pornography increases an individual's sexuality, not decreases it.

Point 6: Intuitively and empirically, it would seem like this trend would not pass any serious sociological evaluation.

Point 7: Shame on you for publishing it.

Very little of your post had any relation to the article. And then, after your off-topic rant about things the article didn't claim, you say shame on them for publishing it.

It is possible that a more highly technical society has fewer rapes because [fill in a dozen different possible reasons].

As has been noted in the post, there are a LOT of other things that could be going on here.

However, it makes a great news headline!

I wouldn't suggest using it as an excuse, though, guys.

Girlfriend: (runs out the door)

can we learn a lesson from catholic priests?

I disagree.
There is no increase in deviancy.
A Murder is a murder, alcoholic is an alcoholic. People don't start off with one beer and then go out killing people.

for people in a relationship, responsiveness to normal sex (which you make sound incredibly boring btw) will return after abstaining for a day.

rape is an irrational decision made by those who can no longer control their own biological urges.

I'm fairly familiar with feminist ideas that rape is "about power", yet it seems likely that there is a strong sexual aspect too.