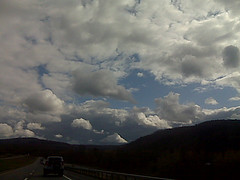 An editorial in Nature argues that geoengineering needs a charter if research on the topic is to move forward. The journal cites the recent cancellation of the Stratospheric Particle Injection for Climate Engineering (SPICE) experiment due to concerns about “intellectual-property rights, public engagement and the overall governance regime for such work.” Nature argues that resolving the intellectual-property concerns may be the easiest part:

More troubling is the lack of an overarching governance framework. Although the SPICE trial has been cancelled, other tests of geoengineering technology will surely follow. Other work, such as fiddling with clouds to make them more reflective or to try to bring on rain, touches on both climate-change mitigation and weather modification.

Geoengineers should keep trying. They should come together and draft detailed, practical actions that need to be taken to advance governance in the field. Regulation in these cutting-edge and controversial areas needs to be working before the experiments begin, rather than racing to catch up.

We touched on the very tricky governance questions in our SuperFreakonomics

As of this writing, there is no regulatory framework to prohibit anyone — a government, a private institution, even an individual — from putting sulfur dioxide in the atmosphere. (If there were, many of the world’s nearly eight thousand coal-burning electricity units would be in a lot of trouble.)

Still, [Nathan] Myhrvold admits that “it would freak people out” if someone unilaterally built the thing. But of course this depends on the individual. If it were Al Gore, he might snag a second Nobel Peace Prize. If it were Hugo Chávez, he’d probably get a prompt visit from some U.S. fighter jets.

One can also imagine the wars that might break out over who controls the dials on Budyko’s Blanket. A government that depends on high oil prices might like to crank up the sulfur to keep things extra cool; others, meanwhile, might be happier with longer growing seasons.

A Regulatory Framework very much does exist. In the US, the EPA regulates and monitors all emitters of SO2. Under 40 CFR 60.104 - Standards for sulfur oxides, the averaged measured SO2 should not exceed 50ppm by volume. - http://cfr.vlex.com/vid/60-104-standards-for-sulfur-oxides-19791485

More troubling is the lack of an overarching governance framework. Although the SPICE trial has been cancelled, other tests of geoengineering technology will surely follow. Other work, such as fiddling with clouds to make them more reflective or to try to bring on rain, touches on both climate-change mitigation and weather modification.

It's very clear from interviews with the research team that political pressure is the real reason for the delay. It's sad but not surprising that scientific progress can be halted by so-called environmentalists who see anything that humans do to "tamper" with nature is somehow evil and will lead to disaster. They would rather that our environment be destroyed than have it preserved by scientific methods that would challenge their religion.

"environmentalists... would rather that our environment be destroyed"- heh- orwell would giggle at this

I have read and re-read that chapter of Freakonomics, and I'm still shaking my head. Some of the "facts" and figures; I still wonder if Levitt & Dubner took 2 and 2 and ended up with 5, or if IV deliberately misled them.
First of all, in the part about the actual effects of CO2 on the atmosphere, plants are described as using CO2 as "food". Which is false, as anyone who took basic biology knows. Plants use CO2 the way humans and animals use oxygen. "Food" is provided via photosynthesis, and some nutrients can come from the soil in a plant's water uptake.
Also, I challenge the notion that 34 gallons per minute is about the same output as a garden hose. Try filling a 35 gallon garbage can sometime. It takes at least ten. Then, the text says that the hose would be 2". ("roughly the size of a garden hose") OK, that's a little closer to 34 gpm. But, I am wondering who has a 2" garden hose, and where can I get one? Mine are only 5/8"!
The ballons that hold the system up: How big and how many? That's a lot of weight they have to hold up. Each pump weighs 45 lbs. How is each pump powered? How much does the hose weigh? How much does a few hundred yards of liquid sulphur dioxide in that hose weigh?
How does the hose loop around the balloons? How is the system held down, with the 100 mph winds in the stratosphere?
I am not against the idea. But even without the political challenges, it doesn't sound like the technical side has been thought through. I don't think that Levitt and Dubner are responsible for providing the answers. But from my viewpoint, it appears that Intellectual Ventures was selling them swampland.