The Dangers of Being a Creature of Habit 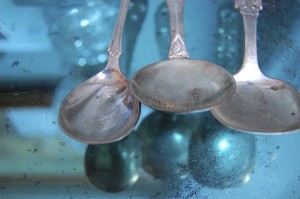 Blane Nordahl is very good at stealing high-end silver from old homes all over the U.S. He is also, however, a creature of habit. His methodology is so constant, and so distinct, that if a bunch of silver starts to disappear, it becomes obvious to those who know his m.o. that Nordahl is responsible. Then he is hunted down, arrested, and sent to prison for a while — after which he is released and goes right back to his stealing ways.

Back in 2004, I wrote a long article about Nordahl for The New Yorker. There were two detectives who knew just about everything about Nordahl: Cornell Abruzzini, then of the Greenwich, Conn., police force; and Lonnie Mason, a retired New Jersey detective. Abruzzini is still a cop in Connecticut; Mason is still retired. But that didn’t stop Mason from contributing to the last manhunt for Nordahl, helping police departments across the south gather evidence against him. This resulted in the re-arrest of Nordahl early yesterday. The New York Times has the whole story on its front page today, written by Kim Severson.

If you are a TV or movie producer thinking about hijacking this story, you should note that Law and Order already did it (“ripped from the headlines” indeed).

There was also a Columbo in the 70s that had a diamond thief with a consistent MO who was in and out of prison in the same way.
Except that in Columbo he was used as a scapegoat in a murder.

Perhaps he likes prison and equally like stealing silver. So he pursues both.

To some people who are "creatures of habit," prisons may be emotionally comfortable; the habits (mealtimes, exercise, lights out) are imposed, and order is everywhere. There are many reasons why prison might, for some people, be a lifestyle choice. Three meals a day, no work, no bills to pay, no need to shop/cook/clean. Many recidivists to not seem to mind jail so much that it stops them from re-offending. They've experienced prison and perhaps they like it, they prefer it. So they engineer their behavior to get themselves back in jail.

Then he's really going to be upset when he tries to steal silver from that priest, only for him to cover for him and give him the candlesticks as well.

Isn't this a psychological disorder called kleptomania? If so, he needs help, not jail.