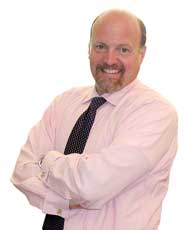 Last week, we solicited your questions for Mad Money host and man-about-Wall Street Jim Cramer. Here are his responses:

Q: Do you feel Ben Bernanke listened to some of the points you made in your CNBC rant last Friday?

A: I’d say that just the opposite is true, based on the FOMC statement from the August 7 meeting.

Q: What is your view on the moral hazard issues that could accompany the fed bailout you’ve requested?

A: In my opinion, it’s potentially a far larger moral hazard for millions of individuals to soon become so far underwater on their investments that they’re better off walking away from their homes. An economy with low consumer confidence will not be a successful one.

Q: You were under a lot of stress while working at your hedge fund, and I remember you saying you were going to work yourself to death if you’d kept it up. It seems to me that you still work very hard. Have you ever been tempted to go to a beach and retire for the rest of your life? Or is retirement not in your vocabulary?

A: I’ve always felt that one of my competitive advantages in the market has been my willingness to put in more time than anyone else. I’m following in the footsteps of my father, who’s been running his own business for many decades and still goes into the office every day. In some ways, I feel that these days I’ve been compromising, because I force myself to take the vacation my TV schedule allows me.

Q: I’m a young adult (22) who just graduated from college. What advice do you have for young adults like me who appreciate the importance of investing young and want to learn to invest responsibly, but have little money to invest?

A: I started out myself by scraping together what little extra money I could find at the end of the week. But as my nephew, Cliff Mason, said in a controversial set of articles in TheStreet.com, many youngsters fresh out of school must first gauge whether those few extra hard-earned dollars will make you happier in the near term, [be it from] buying that new Xbox game or spending a night out on the town. If you feel you’ve made peace with that aspect of twenty-something life, I believe that young people should start putting away as much as they can afford, either in index funds or an employer-sponsored retirement plan. Until you get up to $5,000 or $10,000 in a non-retirement account, I believe that folks of any age are generally better off staying away from investing in individual stocks.

Q: I’ve always failed miserably at stock investing (ironic, considering I used to be a stockbroker). I’ve read your Mad Money website and caught glimpses of your show. Are your stock picks typically long term holds (for a year or so, let’s say) or do you normally only recommend holding them for a short time, depending on the fundamentals?

A: Unless I say otherwise, my outlook for these stocks is anywhere from several weeks to several months. As I always say, individuals should not run out and buy these stocks the next morning, as the after-hours traders tend to skew the price significantly once I’ve recommended action.

Q: Why does Wall Street get so excited about retail sales numbers? Most of the goods being sold in the U.S. are made in China, or some other far-away, low-wage, no-benefits country, and sold at Wal-Mart or another low-wage, no-benefits store. The only people in the U.S. (who make a living wage) that seem to benefit are dock workers and truck drivers who transport the goods to the stores. So what’s the big deal? Why does anyone care?

A: While the financial press makes a bigger deal about the monthly sales at each and every individual retailer, our economic growth is still very much based on the consumer.

Q: Yesterday, tech stars such as Microsoft and Yahoo seem to be in a tailspin for investors. Yet, these companies continue to develop many compelling products. Would you agree with the argument that, at some point, these productive companies are going to once again ingratiate themselves with Wall Street?

A: In some ways, yes; though Yahoo’s troubles may be too numerous to fix with the current management team.

Q: Where do you put your money to preserve it, if not make a little profit? Sell/buy equities, go to cash, or avoid/accumulate fixed income? I appreciate what you do — it’s not easy being a lightning rod on something that is not black and white.

A: You are too kind, thanks. Stock-wise, anyone feeling shell-shocked should focus on consumer staples stocks, especially ones that have recently boosted their dividends. If you want to get more defensive than that, whether it’s treasuries, municipal bonds or moving to cash, I just never want to see folks pull their money out and deposit it under their mattresses — in the First National Bank of Sealy.

Q: Which is the bigger threat for American businesses: health care costs, or pension costs? What solution does the business community favor, and do you think it’s a good idea?

A: Who gets a defined benefit pension plan anymore? I’d replace that one with rising commodity costs – both food and natural resources.

Q: For the last 5 years, I have played fantasy football. In some ways it’s a lot like picking stocks: you look for value and hope for growth, drop dogs when they’re weighing down your portfolio, and gather research on a regular basis. A lot of this research comes from “experts” who don’t necessarily perform better than I do over the course of the season. My question has two parts: 1) What is the role of “expert” advice in identifying winners and losers in markets? 2) On average, would the advice of a panel of market participants, but not experts, be any better?

A: I’m a big fantasy football follower myself. Go Eagles! And one obvious difference that market experts have is the amount and quality of information we have access to, that the individual investor doesn’t. I’m not talking about insider information here, but one of the reasons why the “Smart Money” has earned that moniker is because these folks can actually move markets.

Q: I’m still in my twenties, but cognizant enough to know that Social Security is a waste of my time and money. What do you believe are the most effective ways that a twenty-something can ensure that retirement funds will be available when we enter our sixties, while we wait for the failure of the Social Security tax?

A: Start putting away as much disposable income as you can afford to, and maintain a diversified investment portfolio. Also, I believe that young folks should not be afraid to take more risks. If they pay off, you could be set for some time. And even if they fizzle out, if you’re willing to learn from your mistakes, you still have a few decades before retirement to make up for the losses.

Q: I’d be interested in knowing more about your charitable trust. What charitable interests does it benefit, and is there an application for its largesse?

A: In the past two years, I’ve donated my trading profits (over $200,000) to the Imus Ranch, the Intrepid Fallen Heroes Fund, and the Boys and Girls Club of Greater Baton Rouge. We do not solicit outside requests, and the final distribution decision is made by an independent trustee.