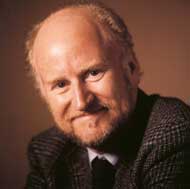 We recently solicited your questions for Broadway producer Rocco Landesman, and threw in a few of our own as well. Reading his answers below, you can see why he is considered not only one of Broadway’s best producers, but also one of the most astute. Thanks to Rocco, and to all of you for the questions.

A: This is a live, hand-made industry where the product is created new and live each night, just as it was 50 years ago. As such, in twenty years, it should look much as it does now — except that Nathan Lane will look notably older.

Q: What factors contribute to the high price of Broadway tickets? Theater rents? Union salaries? Audience expectations of an onstage spectacle? Are these costs increasing? Do rising costs lead to less risk-taking and more middle-of-the-road, lowest-common-denominator fare on Broadway?

A: The issue in our business is that we lack both an economy of scale and mechanization. We can’t make a million, or even a thousand copies of the same movie. As I wrote earlier, the product is handmade and repeated live each night. The sets and costumes are custom made. The actors have to be live. It is labor intensive to the Nth degree, and as those costs rise, so do ticket prices. There is really no productivity gain through the technology boom. Actors and stagehands keep getting more money, and the costs of marketing a show seem to keep going up exponentially. Then, of course, the higher the cost, the more risk averse the producer and investors become. So yes, there is inevitably some decline in venturesomeness. Better to stick with the tried and true, or the show with the widest possible audience.

Q: What’s the current trend in Broadway attendance? Why do people still go to the theater when it’s so much more expensive than other forms of entertainment?

A: Broadway attendance has been trending up. Attendance by New Yorkers has leveled off, but that has been more than made up for by tourists, both American and international. There are many more competing forms of entertainment, but there’s really no replacement for a live experience. It is really not replicable through any technology or alternate form of delivery.

Q: Tell us about the economics of hiring a star for a Broadway show versus a non-star. As much as stars draw box office, they also spike the budget and, I assume, limit a potentially long run. Is it worth it?

A: Some shows, especially plays, need a star in order to sell tickets. Of course, from the producers’ standpoint, it’s best when the show is the star. The Producers ran for more than three years after the departure of Lane and Matthew Broderick.

Q: Where do Broadway audiences come from (geographically)? What’s a surprising place that a lot of customers come from?

A: In general terms, the audience for plays is from New York and for musicals, after the first year or so, from outside New York. Which is one reason why musicals usually run much longer than plays.

Q: Assuming that the vast majority of Broadway customers come from out of town, why is there so much Broadway advertising in New York City – on buses, e.g.?

A: Because purchase decisions are often made after the customers arrive. And it would be impossible to advertise in 300 cities.

Q: What’s the state of Broadway ticket scalping, and what’s your position on it?

A: The problem for years has been that the only people who really score with a hit show have been the scalpers. When we instituted the $400 ticket for The Producers, we started to address this problem. In the new system, the price is printed on the ticket, and the money actually goes to the people responsible for the show — the investors, the creative team, etc. — instead of to the ticket brokers. We are in favor of a free market system where the market ultimately sets the price on premium tickets.

Q: You were the first producer to charge $100 for a single ticket, for The Producers. What was the impact and response?

A: It had no effect whatsoever on demand. We could have sold all the tickets we could print.

Q: How true to life is The Producers?

Max Bialystock was based on a real life producer that Mel Brooks knew personally. Current producers are not all crooks — at least, most of them aren’t.

Q: So much of Broadway seems to be derived from movies today (partly thanks to The Producers, which has done it better than anyone before or since). Is this a healthy trend? More broadly, will people still produce original plays and musicals in 5 or 10 years, or will originality be left to off- and off-off-Broadway? What message should playwrights take from this trend?

A: The creators of musicals are always looking for stories. Once upon a time, the stories were found in short stories, novels, plays, and other literary sources. Now, many of the stories are in movies. This is a natural and healthy migration, and the actual process [of creating Broadway shows] hasn’t changed.

Q: It seems that in the last few years, there have been a number of shows that exist primarily to showcase the music of one particular artist or band (e.g., Billy Joel, ABBA, Elvis). Is this a trend for the future as well? Should we expect to see “Madonna: The Musical” in the next five to ten years?

A: I truly hope not. But the success of Jersey Boys will probably extend the cycle of so-called jukebox musicals. Usually, if I like the music, I will like the musical, but there has been a wide spectrum of quality in these shows. Compare Good Vibrations with Smokey Joe’s Cafe or Jersey Boys.

Q: How well do these so-called jukebox musicals do when measured against traditional musicals?

A: Smokey Joe’s Cafe was the longest running review in history. I expect it will be surpassed by Jersey Boys. Generally, these shows are more successful financially because their costs are much lower. The casts are usually smaller and they don’t depend on stars or expensive scenery.

Q: If Jujamcyn scores a big advance sale, how do you invest the money?

A: In certificates of deposit.

Q: If you weren’t a successful producer and had nothing to do with the entertainment industry, and you had a daughter in high school, would you encourage her to pursue a career on Broadway?

A: I once asked my wife how she would feel if one of our three sons turned out to be gay. She thought for a while, and answered that she didn’t think she’d have a problem with it, but she would be upset if one of them decided to become an actor. It is a very tough life, one in which you have little control over your own career.

Q: What benchmarks do you use to judge the success of a show?

A: Critical response and financial reward.

Q: Do you lose more sleep when you first started producing than you do now?

A: Yes. At first, everything was life and death, because that’s true at the beginning of a career. My whole career stems from the success of my first show, Big River. After you’ve had a few hits, everything is not at stake with each show. So I still worry, but I don’t lose sleep.

Q: When were you a professional gambler? What kind of gambling did you do?

A: Horse racing. I never bet in casinos.

Q: Do you feel that Broadway is better off after going through a “Disneyfication”?

A: I don’t accept the term “Disneyfication.” They are producers like everyone else, with their own taste and point of view. The more the merrier.

Q: How do you “break in” as a director or performer? How do you then balance family, children, auditions, rehearsals, etc.?

A: I can’t really help on this one. It’s very hard, and you have to be incredibly determined — to be incapable of not doing it. There is no real work/life balancing — the profession tends to be all-consuming.

Q: How is your relationship with your backstage crew post-strike, and how much do you rely on them?

A: Our stagehands are highly skilled, which is why we never tried to run shows without them during the strike. My relationships — in many cases, friendships — with the stagehands I work with was good before the strike, and continues to be good after it. We each did what we felt we had to do.

Q: What is Jerzy Kosinski doing?

A: You’ll have to ask God. Or maybe the other guy.

Q: What was the purpose behind the $20 million strike fund that the producers have been accumulating over the last 4 years? Presumably, it was established to keep the shows running during a strike — which didn’t happen.

A: If all of the producers’ requests had been granted during the IATSE negotiations, resulting in lowering expenses for the producers, would ticket prices have been reduced? They would have stabilized. That in itself is progress.