In their March 9, 2008, column in the Times Magazine, Dubner and Levitt ask: why can’t a charity be run more like a business? They look at two philanthropies that have adopted unorthodox business models. Smile Train, which performs free cleft-repair surgery for poor children around the world, started training local doctors rather than flying in U.S. surgeons; this has helped make Smile Train one of the most productive charities, dollar-for-deed, in the world. The second philanthropy, proposed by a world-class poker player, wants to create a $10 billion “cure cancer” prize with a hitch: a cash dividend paid to the people who donate the $10 billion. Below is some of additional information about the column.

1. Smile Train has performed more than 280,000 cleft surgeries around the world in the past eight years. Here is a country-by-country breakdown. Below is a photo of Smile Train president Brian Mullaney and “Soccer Boy,” who was the catalyst for Mullaney and others deciding to change the way a cleft-surgery philanthropy is run. 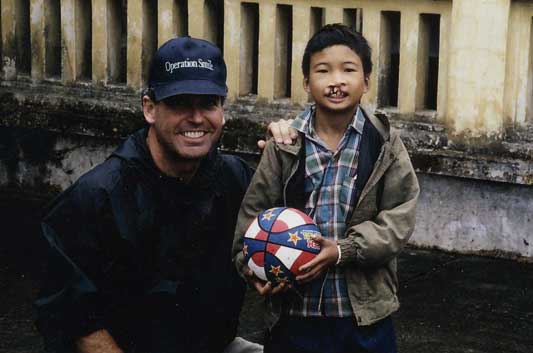 2. This paper by the economist Robin Hanson (“Patterns of Patronage: Why Grants Won Over Prizes in Science”) and this masters thesis by Jüri Saar (“Prizes: The Neglected Innovation Incentive”) chronicle some famous prize incentives, from the Longitude Act of 1714 to the X-Prize. This interesting article by the Times‘s David Leonhardt discusses Netflix’s effort to improve its “Cinematch” rating system by offering a $1 million prize to whoever beats the existing system by at least 10 percent.

3. Rafe Furst, a World Series of Poker champion and proud member of “the Tiltboys,” explains his vision for a new kind of philanthropy on his blog. Dubner wrote previously about Furst’s new prediction market “Truth Markets.” Furst has also contributed to this blog on the subject of why there are so few Indian-American poker players.