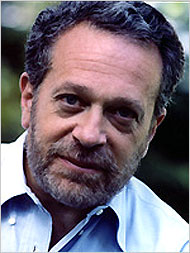 Robert Reich, perhaps best known as labor secretary under Bill Clinton, recently announced his endorsement of Barack Obama. He explains his decision on his blog.

Reich has served in three national administrations, and implemented the Family and Medical Leave Act while he was labor secretary. He was awarded the Vaclev Havel Foundation Prize for his work in economic and social thought. He is currently professor of public policy at the Goldman School of Public Policy at the University of California and has written eleven books, the most recent of which is Supercapitalism.

He is co-founding editor of The American Prospect magazine and offers weekly comments on public radio’s “Marketplace” about such topics as returning favors, and failed sales pitches.

We are very happy he has agreed to field questions from Freakonomics readers. Please fire away in the comments section below and, as with past Q&A’s, Reich will provide the answers in short course.