What Didn’t We Know About Congestion Pricing?

Advertisements like this one, meant to win people over to congestion pricing, just sound bitter after the death of New York’s proposed plan last week.

And New Yorkers will likely continue to see Varick Street as I did at 7:00 last Thursday evening: 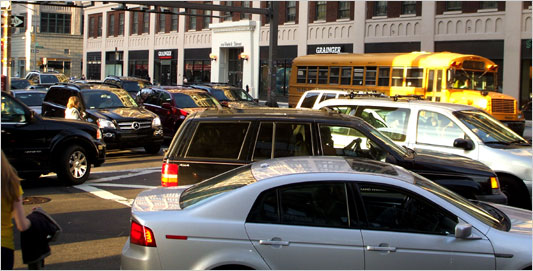 But even while the debate was still raging, many of the plan’s particulars were unclear — specifically, just how fees would have been collected.

Jeff Zupan is a senior fellow for transportation at the Regional Plan Association — an independent, not-for-profit, regional planning organization which testified to the New York State Assembly in support of congestion pricing. He advised Times readers about congestion pricing in its early stages, and has agreed tell us what, exactly, we are missing (or not missing) out on. 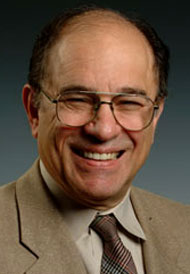 Q: Can you explain how the plan would have worked?

A: This is the woulda, coulda, shoulda answer.

The congestion pricing plan would have charged passenger cars $8 and trucks $21 to cross into the charging zone in Manhattan from 60th Street and southward between the hours of 6 a.m. and 6 p.m.

There were some less-discussed elements of the plan:

There would have been a $1 surcharge on taxi trips entering or leaving or made within the zone during those times, an elimination of the current exemption from the off-street parking sales tax for zone residents, and more widespread parking meters and higher charges for them.

Collectively — after deducting for the cost of installation of the detection system — the congestion pricing plan was estimated to raise $491 million per year — with the funds dedicated to the M.T.A. for transit improvements.

In addition, the federal government would have provided $354 million for immediate improvements upon passage of the plan by the State Legislature which has now been lost to other cities for their congestion relief programs (sigh).

Q: Might the plan be reconsidered and what parts of it would have to change in order for this to happen?

A: While congestion pricing is dead for the time being, the terms of the debate have been changed:

Most people now recognize that congestion is a serious problem and that something can be done about it. There is also a growing movement nationally to charge drivers more directly for the use of the roads and technology. This will make charging easier and more sophisticated in the future by allowing for time-of-day, day-of-week, and level of congestion pricing.

The legitimate and huge funding gap for transit in New York will be difficult to meet solely by other means. Congestion pricing will come to New York, but for now it is an idea whose time has not quite come.

As to the second part of the question — given the likelihood that the charging part of the congestion pricing plan will now go into hibernation, the more relevant question is: what ideas for addressing traffic congestion other than pricing are likely to be considered?

The list is long, but the crackdown on illegal and unnecessary parking placards for city employees heads everyone’s list. The city is doing that but needs to be more aggressive about it.

Q: Had the plan been implemented, what improvements do you think the city would have seen the fastest?

A: The federal funds, when combined with other M.T.A. funds, would have been used for new transit services even before the pricing system was in place.

It would have included 367 new buses for 12 new routes and increased service on 33 existing routes.

Q: How would the technology used to collect tolls have worked? Would the city have had to invest in additional technology? If so, where would this money have come from?

A: The technology would have been a combination of the E-ZPass detectors used today and photographs of license plates for those without E-ZPass.

Today, three-fourths of all drivers using toll facilities have E-ZPass, so only one-fourth would have required a photo and, with the financial incentives to use E-ZPass, that percent would have dropped further.

Those who did not want to enter the E-ZPass system could buy transponders for cash at outlets around the city. Detection would occur at the two dozen entryways into the zone.

The capital expenditure to set up the system was estimated at $120 million, which would have been paid for with the initial revenues collected.

Q: What would have happened to street parking on the border zones?

A: In Manhattan probably not much. Few would have driven all the way to the edge of the zone only to look for unavailable street parking. And the high price of parking in the 60’s — at the same levels as south of 60th Street — would have further deterred them.

The problem might have been greater in the parts of Brooklyn or Queens where drivers might be able to hop on the subway to save the $8. But the residential parking permit program could be put in place to prevent that.

Q: Were cities that already have congestion pricing used as models when the New York plan was devised?

A: Yes, London, where the congestion charge has been in place since 2003 and has reduced traffic delays by 30 percent and sped up buses that now have less competition for street space.

London relies solely on costly license plate photography and is thus inefficient, leaving only a small amount for transit. We would have been much better off because of E-ZPass (third sigh).

We asked Todd Litman (founder of the Victoria Transport Policy Institute), who wrote a paper on London’s congestion pricing program, how London’s plan is faring and what he thinks New York is missing: 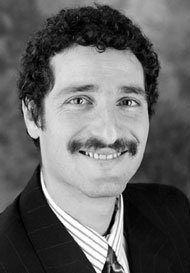 LITMAN: Pricing can result in a more economically efficient use of the limited road space, and — unlike congestion or other forms of rationing (such as H.O.V. lanes or vehicle restrictions based on license-plate numbers), it provides a revenue stream.

Experience in the cities of London and Stockholm indicates that after congestion pricing is implemented, public support tends to increase because people experience the benefits it provides.

However, despite these justifications, there are many obstacles to implementing a new congestion pricing plan.

First, it seems counter-intuitive to consumers that they would actually benefit by being forced to pay for a good that they currently get for free (that is, road spaces). In addition, citizens must believe that the revenues will be used efficiently, in ways that will ultimately benefit them.

The methods currently used to collect congestion fees tend to be costly (including financial and inconvenience costs to motorists as well as tolling authorities), and often raise privacy concerns. Most systems only price a small downtown area, and so only affect a minor portion of total regional travel.

Also, there are usually some groups that expect to bear more costs than benefits, and they tend to be very vocal.

For these reasons, most politicians are reluctant to support congestion pricing, and so implementation requires an unusual set of circumstances: severe traffic congestion problems, a political system that can effectively resolve conflicts, and politicians willing to take risks.

Q: What is N.Y.C. missing out on by rejecting the plan?

However, there were significant problems with the recent proposal: it was a flat fee (that is, it was not higher during peak periods and lower during off-peak periods) and relied on a relatively expensive pricing method. Also, it would only apply to a relatively small portion of total regional roadways.

If New Yorkers are smart — and sufficiently frustrated with traffic congestion — they will begin now to develop a new and better plan to be introduced next year.

Although I support congestion pricing, I think that there are other effective and efficient ways to improve urban transportation, including more efficient parking management (such as parking pricing and cash-out policies), distance-based vehicle insurance and registration fees, bus priority systems, transit service improvements (such as upgrading transit stations, and offering refreshments and WiFi services on commuter buses), walking and cycling improvements, and policies to increase the amount of affordable housing near transit stations.

Interest in congestion pricing should not distract from efforts to implement these other, complementary policy reforms.

Q: What concessions were made to London’s equivalent of N.Y.C.’s objectors — i.e., residents from outer boroughs, low-income drivers, etc.?

A: London’s program offers a very large discount to residents living within the priced area, and exemptions for certain groups, such as people with disabilities and motorcycles.

Q: What improvements happened fastest when London’s congestion pricing plan was implemented and what were the most immediate benefits?

A: London’s congestion pricing program substantially reduced congestion delays for automobiles and buses in the downtown core, and provided comparable reductions in air pollution and accidents.

It was implemented in conjunction with improvements in walking and cycling conditions and public transit services — particularly bus service. It is therefore difficult to know exactly which factors contributed most to improving transport system performance.

Q: How have attitudes toward the plan changed in London?

A: Mayor Ken Livingstone was re elected after the road pricing program was implemented, suggesting that residents supported the program overall.