Inequality is growing in the United States. The data say so. Knowledgeable experts like Ben Bernanke say so. Ask just about any economist and they will agree. (They may or may not think growing inequality is a problem, but they will acknowledge that there has been a sharp increase in inequality.) 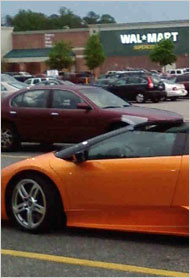 According to two of my University of Chicago colleagues, Christian Broda and John Romalis, everyone is wrong.

Inequality has not grown over the last decade — at least not very much. What we think is a rise in inequality is merely an artifact of how we measure things.

As improbable as it may seem, I believe them.

Their argument could hardly be simpler. How rich you are depends on two things: how much money you have, and how much the stuff you want to buy costs. If your income doubles, but the prices of the things you consume also double, then you are no better off.

When people talk about inequality, they tend to focus exclusively on the income part of the equation. According to all our measures, the gap in income between the rich and the poor has been growing. What Broda and Romalis quite convincingly demonstrate, however, is that the prices of goods that poor people tend to consume have fallen sharply relative to the prices of goods that rich people consume. Consequently, when you measure the true buying power of the rich and the poor, inequality grew only one-third as fast as economists previously thought it did — or maybe didn’t grow at all.

Why did the prices of the things poor people buy fall relative to the stuff rich people buy? Lefties aren’t going to like the answers one bit: globalization and Wal-Mart!

China is able to produce clothes, electronics, and trinkets incredibly cheaply. Poor people spend more of their income on these sorts of things and less on fancy cars, expensive wine, etc. According to Broda and Romalis, China alone accounts for about half of their result.

So if the sorts of people who break store windows in Davos care about the poor, they might need to rethink some of their ideas about globalization’s impacts.

MIT economist Jerry Hausman (who taught me econometrics in my first year of graduate school) and co-author Ephraim Leibtag have analyzed the impact of the entrance of a Wal-Mart superstore on local food prices.

Not only are Wal-Mart’s prices lower, but its entry also induces competitors to lower prices. The impact is much larger on the poor than the rich, both because the poor are more likely to shop at Wal-Mart and because they spend more of their income on food.