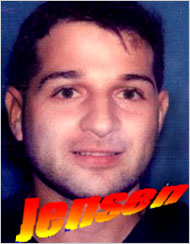 Over the last two days, Robert Jensen has described his hunt for the ever-elusive Giffen good. Like all action adventure stories, this one has a happy ending. Jensen then goes on to explain the important implications of his findings for food policy in the developing world.

What had gone wrong? A simple, human flaw called stupidity (mine).

I had coded our price change variable in the wrong direction (a price reduction was coded as a price increase — a negative price decline). So the data was in fact telling us the exact opposite of what we thought — we had indeed found a positive arc price elasticity of demand. The Giffen good.

In fact, we sort of found two Giffen goods. The evidence that rice was a Giffen good in Hunan was very strong; the evidence for wheat in Gansu was a bit weaker. But it turns out that our experimental design in Gansu had a flaw (we subsidized wheat flour, whereas many people purchased prepared wheat foods like noodles, so our subsidy didn’t affect them). And many of our Gansu households didn’t fit the Giffen conditions well; when we focused on households that did, the evidence of Giffen behavior was stronger.

In the end, it’s funny that people have looked in crazy places for Giffen behavior (fermented whale bile, anyone?), and it turns out it could be found in the most widely consumed food in the most populous nation in the history of humanity — rice in China. But, it turned up exactly where theory predicted it would. And the Giffen conditions (poor households with simple diets) are widespread in developing countries.

We’re sure more cases could be found, now that it’s clearer where and how to look for them.

The Giffen effect is an important part of economic thought, history, and pedagogy. And along the way, we had produced some new theoretical predictions about consumption behavior that the data supported — so that was good for the economics side of things.

But it turns out the Giffen story also has some important, real-world implications for public policy that matter much more.

Many low-income countries use consumer price subsidies or price controls to improve or protect the nutrition of the poor. For example, both India and Egypt spend about 1 percent of their G.D.P. subsidizing basic foods such as rice and wheat, making them among the largest forms of social assistance for the poor in both countries.

But critics often attack such policies on several fronts. The biggest concern is that they distort market signals, i.e., how price reflects scarcity. For example, high oil prices tell us that demand is high relative to supply. If we subsidize the price of oil, we’re getting rid of the market signal that tells us to conserve or discover new ways to use less oil, as well as the incentives to use or develop new alternative fuel sources or technologies.

Price subsidies are also criticized because they often lead to shortages, smuggling, and black market activity — or in practice, disproportionately benefit the poor the least.

But subsidies enjoy significant political and popular support because it is believed they at least protect the nutrition of the poor. This is especially the case when comparing subsidies to other forms of welfare, like cash payments, since people worry that the poor may spend the cash on things other than food, or at least may not use the money in a way that improves their nutrition.

But when we subsidized the price of rice and wheat, people consumed less of them, not more.

And in a follow-up paper, we show that when you take together all the consumption substitutions people make, our large subsidies did not improve nutrition at all.

In fact, in Hunan nutrition actually declined in response to the subsidy. In Gansu, the effect on nutrition was essentially zero. And our sample included only the very poorest households, malnourished by international standards and earning much less than a dollar per person per day — i.e. the exact group whose nutrition subsidies are intended to improve.

Of course, households that got the subsidies were still better off, because we increased their purchasing power. But at the end of the day, you can’t dictate what people eat, and they can act in ways that make them happier but may reduce or even reverse the intended consequences of government policy like subsidies (or price controls, or rations, or in fact anything else designed to improve nutrition).

Now, we’re absolutely, definitely not saying that we should therefore do nothing to help the poor. Quite the opposite. And that’s especially the case in light of recent, dramatic increases in world food prices — which have been much larger than the price changes we analyzed and which have affected a wide range of foods, not just a single food like we studied.

In fact, it would be immoral to do nothing to alleviate the suffering of the poor.

But while there may be some reasons to prefer subsidies as a form of welfare, it’s time to abandon the long-standing presumption that they are the best policy because they improve nutrition.

So, hidden inside this old economics mystery, the real prize was an observation relevant to real world policy issues. We just hope it doesn’t end up in a crate, hidden away in some warehouse like the Lost Ark …