I’m Not Going to Pay a Lot for This Cereal 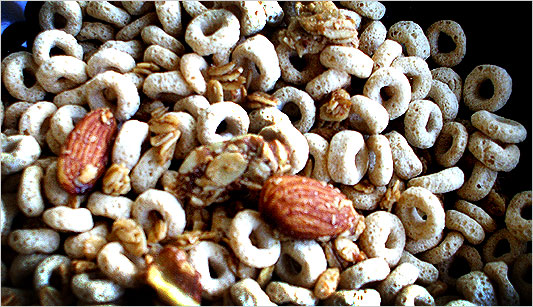 A reader named Seth sent in an interesting new example, all the more so because it shows how one firm is using the pay-as-you-wish mechanism as an experiment to find a good price for a new product:

I am writing to tell you about a relatively high-end supermarket in the Redbird neighborhood of Miami. I went in yesterday and noticed they had a new homemade cereal (a lot of their products are made “in house”) that looked appealing.

There was no price listed, but I didn’t notice this at the time; I just picked it up and put it in my basket. When I got to the checkout, I was asked “How much do you want to pay for this?”

I was confused and the cashier explained that they are trying to find out how much they should charge for the new cereal and as a test they wanted to see how much their customers are willing to pay. I asked what the average was in his experience and he said around $2.00, so I gave $3.00.

Aside from the pricing experiment itself, I found Seth’s response to be particularly interesting. It reads like a sequence from a behavioral economics case study.

First, he asked “what the average was” — an attempt to create a mental anchor from which to adjust his own offer. (I once wrote about my own failed attempt to do so.) And then, once he’s told the average amount, he increases his offer by 50 percent!

I am guessing the answer to this last question is no — unless, of course, the sign had a picture of some eyes taped to it.