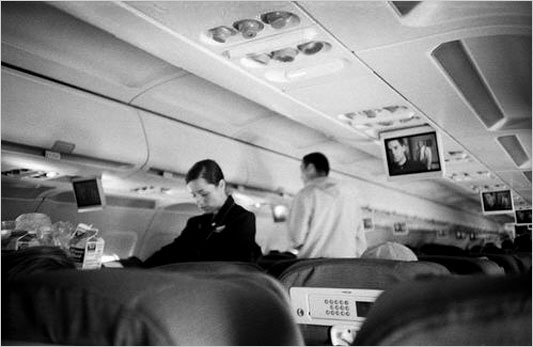 On a recent United Airlines flight I was surprised to see that their new planes are equipped not just with lap belts, but shoulder restraints as well.

This just cannot make any sense.

First, planes virtually never crash. Second, when they do crash, it is unlikely that a shoulder restraint will be the deciding factor in whether you survive. Many crashes have an “all or nothing” flavor to them, with no chance at survival or almost everyone surviving.

Third, the evidence from car crashes suggests that lap belts are about 85 percent as effective as lap and shoulder belts — and a car crash is just the sort of impact where you might think a shoulder belt would be most useful because it keeps occupants from smashing into the windshield or steering wheel.