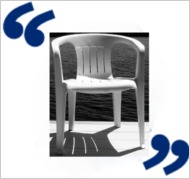 Each week, I’ve been inviting readers to submit quotations whose origins they want me to try to trace, using my book, The Yale Book of Quotations, and my more recent research. Here is the latest round.
Stephen Grimmer asked about the following quote:

“If I have seen farther than other men, it is because I have stood on the shoulders of giants.”

The great sociologist Robert K. Merton wrote an entire book on the history of this aphorism. Based on his findings, The Yale Book of Quotations has the following:

“We are like dwarfs on the shoulders of giants, so that we can see more than they, and things at a greater distance, not by virtue of any sharpness of sight on our part, or any physical distinction, but because we are carried high and raised up by their giant size.” Bernard of Chartres (French philosopher), quoted in John of Salisbury, The Metalogicon (1159).

Did Clinton at some point say, “that depends on what your definition of ‘is’ is”?

Yes, he did — in one of the most memorable quotations of recent decades. The YBQ entry reads as follows:

“[Characterizing the truthfulness of his lawyer’s statement, ‘There is absolutely no sex of any kind in any manner, shape, or form’:] It depends on what the meaning of the word ‘is’ is.” William J. “Bill” Clinton, Grand jury testimony, Washington, D.C., Aug. 17, 1998. Clinton went on to say: “If the — if he — if ‘is’ means is and never has been, that is not — that is one thing. If it means there is none, that was a completely true statement.”

First use of “rearranging the deck chairs on the Titanic” as a metaphor for acting on minor issues instead of important ones?

The Yale Book of Quotations has this under the name of Rogers Morton:

“[After having lost five primaries as Gerald Ford‘s campaign manager:] I’m not going to rearrange the furniture on the deck of the Titanic.” Quoted in Washington Post, May 16, 1976. A similar expression appeared earlier in The New York Times, May 15, 1972: “Administrators [at Lincoln Center] are running around straightening out deck chairs while the Titanic goes down.”

I don’t know who said this: ‘The difference between communism and capitalism? In capitalism, man exploits man. In communism, it’s the other way around.'”

The YBQ cites Daniel Bell, The End of Ideology (1960), but he was obviously quoting earlier usage; perhaps this was a popular thought in the Soviet Union or Eastern Europe.
Do any readers have any other quotations whose origins they would like me to attempt to trace?