Quotes Uncovered: God or the Devil in the Details? 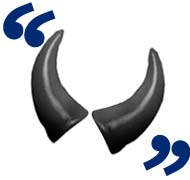 Each week, I’ve been inviting readers to submit quotations for which they want me to try to trace the origin, using The Yale Book of Quotations and my own research. Here is the latest round.
Kenneth Bondor asked:

Both are common expressions. The Yale Book of Quotations, which attempts to trace all famous quotations to their earliest findable occurrences, has the following:

Can you tell me the original source for the assertion that “history is lies agreed upon” (or words to that effect)?

The Yale Book of Quotations has this:

Any idea who first observed that “no man’s life, liberty, or property are safe so long as the legislature is in session”?

The YBQ cites “No man’s life, liberty, or property is safe while the Legislature is in session,” from Gideon J. Tucker in the legal case Final Accounting in the Estate of A.B. (1866).
Do any readers have any other quotations whose origins they would like me to attempt to trace?