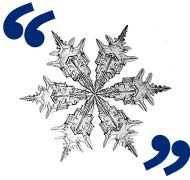 Each week, I’ve been inviting readers to submit quotations for which they want me to try to trace the origin, using The Yale Book of Quotations and my more recent research. Here is the latest round.
Norm asked:

My wife and I have tried for years to come up with a definitive source for the expression “smoke and mirrors.” It is so pervasive an expression that it seems to have been around forever. Some sources attribute it to a speech by Winston Churchill; others suggest a more recent origin, but references seem murky. Do you have any clearer idea?

The Yale Book of Quotations, which attempts to trace all famous quotations to their earliest findable occurrence, has the following:

“All political power is primarily an illusion. … Illusion. Mirrors and blue smoke, beautiful blue smoke rolling over the surface of highly polished mirrors, first a thin veil of blue smoke then a thick cloud that suddenly dissolves into wisps of blue smoke, the mirrors catching it all, bouncing it back and forth.” Jimmy Breslin, How the Good Guys Finally Won: Notes from an Impeachment Summer (1975). Usually quoted as “smoke and mirrors.”

The quote “No snowflake in an avalanche ever feels responsible” has been variously attributed to Stanislas Leszczynski, Stanislaw Jerzy Lec, Voltaire, and George Burns. Do you know who really said it first?

Who was credited with saying, “Those who do not learn from history are condemned to repeat it.”

This is from George Santayana, The Life of Reason (1905) (“Those who cannot remember the past are condemned to repeat it”).
Do any readers have any other quotations whose origins they would like me to attempt to trace?