The Irony of Road Fear

Author Jeff Wise is out with a new book called Extreme Fear: The Science of Your Mind in Danger. I quite enjoyed the book (and, full disclosure, he is a friend), so I asked Jeff to shed a little light on how fear affects our lives as travelers. His thoughts are below.
The Irony of Road Fear
By Jeff Wise 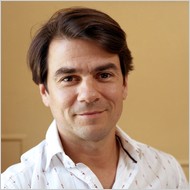 It’s nearly upon us: the centenary of America’s first coast-to-coast road, the Lincoln Highway, conceived by entrepreneur Carl G. Fisher in 1912. That means we’re also about ready to start celebrating another major anniversary: 100 years of dreading driving on the highway.
Rich Presta, a Wisconsin therapist who specializes in the fear of driving, says that when he asks his patients what part of being on the road scares them the most, the most common answer is the highway. (A close runner-up is bridges.) In a sense, their loathing of the highway isn’t wholly irrational. Each year, some 5,000 people die in crashes on interstates. But Presta points out that what drives people’s fear isn’t a reasoned assessment of the risks. “Certainly, people do die on the roads every day,” he says. “But the chances of you being involved in an accident on any particular day, and it happening the way you’re imagining it in your head, is pretty darned remote.”
Ironically, the part of driving that people fear the most turns out to be the safest part. Federal transportation data have consistently shown that highways are considerably safer than other roads. (You can see the detailed numbers here.) For instance, in 2007 0.54 people were killed for every 100 million vehicle miles driven on urban interstates, compared with 0.92 for every 100 million vehicle miles driven on other urban highways and arterials, and 1.32 killed on local urban streets.
And here’s an even more striking irony: one of the major things that makes highways scary is also a major thing that makes them safe.
And what is that magical essence? Well, just consider what makes accidents so rare on highways. For one thing, everyone is headed in the same direction at about the same speed. No trucks are pulling out randomly from side streets, no SUVs are throwing on their brakes to make an impulsive left turn. On a highway, each driver’s options are severely limited. And that means it’s much harder for them to create unpleasant surprises for one another.
Now consider what makes highways so frightening. It’s not primarily the prospect of getting shredded by a 75-mph encounter with a Jersey barrier, or crushed by a jack-knifed big rig. No, it’s simply the fact that you can’t get off. Presta finds a similar dynamic at work in his patients’ fear of bridges. “It’s not that people are afraid of water,” says Presta. “It’s not that they’re afraid of heights. It’s that they can’t get off.” They’re trapped. And, just as realizing that you have to go all the way over a bridge can trigger a panic attack, so too can seeing a sign that says “Next Exit 8 Miles.”
“When you’re on a local road, you know you can pull into the next pizza parlor if you really have to,” Presta says. “You always have an escape route, a way to get out.” When you’re on a bridge or a highway, though, that freedom is taken away. You’re stuck. Your control is gone.
As I write in my book, losing control is fundamentally stressful, and it’s an essential aspect of the experience of panic. I personally have suffered anxiety attacks during two periods in my life, and during both of them my only real troubles arose when I found myself in a crowded room and felt like I might not be able to leave if I needed to. As soon as I moved to the periphery of the room, where escape seemed easier, my heart rate would gradually began to subside.
It would be fairly easy to make highways easier for phobics to navigate: just add a lot of places to get on and off. That, unfortunately, would also have the effect of eliminating one of highways’ actual safety advantages. The only way to untangle this paradox is for road-fear sufferers to get treatment. And that, fortunately, happens to be readily available and effective. Cognitive behavioral therapy has been found to be up to 90 percent successful in permanently banishing phobias. That way, we can all both feel safe and actually be safe.