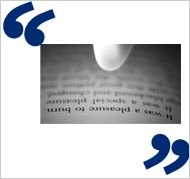 Each week, I’ve been inviting readers to submit quotations whose origins they want me to try to trace, using my book, The Yale Book of Quotations, and my more recent research. Here is the latest round.
Gabe asked:

I thought of this while watching Back To The Future the other day. I’m curious where the expression (exclamation) “Great Scott!” came from. Who is Scott? Why does Doc Brown keep referring to him?

At last we get to Gabe’s question, which he has been patiently repeating since November. I apologize for the fact that we have a backlog of quotation queries. Michael Quinion, on his excellent website World Wide Words, notes:

Until recently the earliest known example, in the big Oxford English Dictionary, was from F Anstey‘s Tinted Venus of 1885: “Great Scott! I must be bad!” But the digitising of electronic texts and the recent publication of the diary of an American Civil War veteran have moved the saying back in stages to the time of that conflict. The diary is Eye of the Storm: a Civil War Odyssey, written and illustrated by Private Robert Knox Sneden. He says in his diary entry of 3 May 1864: “Great Scott,” who would have thought that this would be the destiny of the Union Volunteer in 1861-2 while marching down Broadway to the tune of “John Brown’s Body.”

I follow General Scott. No Virginian need be ashamed to follow old Fuss and Feathers. We used to swear by him in the army. Great Scott! the fellows said.

The reference is to General Winfield Scott, who commanded one of the two American armies in the Mexican War and was the Union general-in-chief at the beginning of the Civil War. This and other evidence, although not conclusive, points strongly to Winfield Scott as the source of the expression “Great Scott!”
Dan asked:

What about “Possession is nine tenths of the law?”

This is a proverb. The Yale Book of Quotations gives the earliest version as “Possession is nine points of the law,” which appeared in Thomas Draxe, Adages (1616).
nsk asked:

I read something to the effect that “the seeds of a society’s destruction lie within itself” … not sure where I read it, but I have tried to “empirically test” this hypothesis … and it seems rather true to me. Of course, it also depends on how you define “society”. Where did this come from?

The YBQ quotes Rousseau (in translation): “The body politic, like the human body, begins to die from its birth, and bears in itself the causes of its destruction” (Du Contrat Social [1762]).
JohnnyE asked:

“Don’t join the book burners. Do not think you are going to conceal thoughts by concealing evidence that they ever existed.”

According to the YBQ, Dwight Eisenhower said something very similar to this (he said “faults” rather than “thoughts”) in his remarks at the Dartmouth College Commencement, June 14, 1953.
Do any readers have any other quotations whose origins they would like me to attempt to trace?