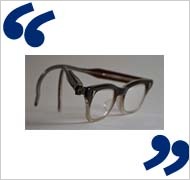 Each week, I’ve been inviting readers to submit quotations whose origins they want me to try to trace, using my book, The Yale Book of Quotations, and my more recent research. Here is the latest round.
Jacib asked:

“How do you answer these quotations? For example, the second example of this post, the asked quotation is pretty significantly different from the answered one. How did you find them? Surely even your mighty book does not have an index THAT good. Did you find the connection by memory? Through vigorously searching your database? How? I don’t know how it would be possible to find the connection, unless you had one or the other memorized already when you saw its counterpart. And as someone currently living abroad, without access to your volume, surely the first two answered quotes aren’t listed together. That must surely have been a result of connections that exist only in your mighty memory. I’m really curious about your methodology for creating these blog posts.”

The “mighty” Yale Book of Quotations does have an intensive keyword index, but you’re right that even the best index may not help in correlating quotations expressing similar ideas. Database searching is also limited in uncovering analogies (how many people think about the limitations of full-text searching in the age of Google?). I have worked with quotations, probably more than anyone else in the world, for a fair number of years; and I have a pretty good memory, so memory plays a big role in my being able to come up with quotations expressed in different words than those the inquirer formulated. The Yale Book of Quotations, which to a large extent is the printed version of my memory, also has many cross-references from one quotation to another, and many annotations that explain connections among quotations.
A reader calling himself Duane Allman asked:

The earliest I have found for this one is in the Van Nuys (Cal.) News, Feb. 17, 1949, where “Most people’s hindsight is 20-20” was attributed to humorist Richard Armour.
Fritz Mills asked:

I’m curious about “two’s company, three’s a crowd.” I always thought it referred to the preferred number of companions. But in his 1989 book, One Up On Wall Street, Peter Lynch wrote: “…words of wisdom that came either from Aeschylus the playwright, Goethe the author, or Alf, the TV star from outer space: Two’s a company, three’s a crowd…”
I’m pretty sure none of his attributions are correct, but I also noticed that he added a word, “a,” prompting me to wonder what the original source and meaning of this bromide was.”

This is a proverb. The earliest citation found by the ever-helpful Yale Book of Quotations is in the magazine Godey’s Lady’s Book, Sept. 1892.
Do any readers have any other quotations whose origins they would like me to attempt to trace?