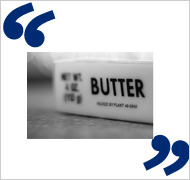 Each week, I’ve been inviting readers to submit quotations whose origins they want me to try to trace, using my book, The Yale Book of Quotations, and my more recent research. Here is the latest round.
Ian Gilbert asked:

Governments with less-than-infinite budgets must choose between “guns and butter”. This has been attributed to Herman Goering, speaking before World War II. Is this attribution correct?

The Yale Book of Quotations quotes Goering as saying in a 1936 speech in Hamburg: “Would you rather have butter or guns? … Preparedness makes us powerful. Butter merely makes us fat.” But the YBQ also quotes Joseph Goebbels in a Jan. 17, 1936 speech in Berlin: “We can manage without butter but not, for example, without guns. If we are attacked we can only defend ourselves with guns not with butter.”
Ian Kemmish asked:

“Nobody ever got rich by over-estimating the intelligence of the public.” Was it Louis B Meyer? Intelligence or taste? Public or audience?

The YBQ cites H. L. Mencken, writing in the Chicago Tribune, Sept. 19, 1926, as the source of this immortal quotation. Mencken’s wording was “No one in this world, so far as I know — and I have searched the records for years, and employed agents to help me — has ever lost money by underestimating the intelligence of the great masses of the plain people.”
Nate Rosenberg asked:

The Yale Book of Quotations lists this as a “modern proverb,” giving as the earliest known citation The New York Times, Nov. 6, 1947.
James Kellinger asked:

P.T. Barnum, as I recall, had a completely different view of humanity. Wasn’t it he who said, “There’s a sucker born every minute.”?

The YBQ cites The New York Times, Dec. 30, 1883, as its earliest citation for this saying; it is followed in the 1883 Times article by “as the gamblers say.” The attribution to Barnum is most likely apocryphal.
Jennifer asked:

No offense (and I do hope this is published….I’d be very disappointed if it isn’t), but “quote” is a verb…and the title is therefor incorrect. It would be “Quotations uncovered” (How to remember: you quote a quotation).

Yes, “quote” is a verb. It’s also a noun, listed in the Oxford English Dictionary with a citation from T. S. Eliot, and also listed in Webster’s Collegiate Dictionary. You could even say it functions as an adjective in phrases such as “quote mark.”
Do any readers have any other quotations whose origins they would like me to attempt to trace?