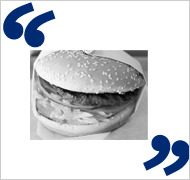 Each week, I’ve been inviting readers to submit quotations whose origins they want me to try to trace, using my book, The Yale Book of Quotations, and my more recent research. Here is the latest round.
Christopher asked:

I would like to know the provenance of the quote, “There is no justice. There is only the law.” I have heard that it was said by Oliver Wendell Holmes, but I can’t find any confirmation of that.

Holmes was big on the law-justice distinction. The YBQ quotes him responding to a well-wisher, who called out “Now justice will be administered in Washington” as Holmes embarked to take his seat on the U.S. Supreme Court in 1902 as follows: “Don’t be too sure. I am going there to administer _the law_” (Attributed in Charles Henry Butler, A Century at the Bar of the Supreme Court of the United States [1942]).
Jennifer asked:

Socrates quote “Children today are tyrants. They contradict their parents, gobble their food, and tyrannize their teachers” People keep quoting it, and it shows up in dictionaries of quotes, but no one seems to cite the original source.

That’s because there is no original source, at least not from Socrates. The YBQ has the following entry:

“The children now love luxury, they have bad manners, contempt for authority, they show disrespect for elders and love chatter in place of exercise. Children are now tyrants, not the servants of their households. They no longer rise when elders enter the room. They contradict their parents, chatter before company, gobble up dainties at the atable, cross their legs, and tyrannize over their teachers.”
Attributed to Socrates in The New York Times, Jan. 24, 1948. This spurious quotation, trying to make the point that adults have always complained about the behavior of youths, became very popular in the 1960s. Researchers have never found anything like it in the words of Socrates or Plato. Dennis Lien has discovered a similar attribution in Guy Endore‘s 1933 novel The Werewolf of Paris … Endore cites “an ancient Egyptian papyrus” as the source.