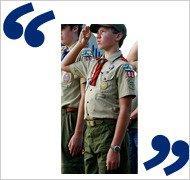 Each week, I’ve been inviting readers to submit quotations whose origins they want me to try to trace, using my book, The Yale Book of Quotations, and my more recent research. Here is the latest round.
Ken D asked:

Who first said, “That Was Then, This Is Now”?

The Yale Book of Quotations cites this as the title of a 1971 book by S. E. Hinton, but it is possible that Hinton was using a preexisting expression.
RCrawford asked:

If you’re talking about “I’d rather have a bottle in front of me than a frontal lobotomy,” I had thought it was from Groucho Marx, but some poking around on the internet shows a consensus to Dorothy Parker.

Well then it must be Dorothy Parker, if that’s the consensus of the Internet.
Jorge Juan Fernandex Garcia asked:

“If you think education is expensive, try ignorance.”?

The Yale Book of Quotations notes that this was attributed to Derek Bok by Paul Dickson, The Official Rules (1978), but appeared earlier, without attribution to any individual, in the Washington Post, Oct. 6, 1975.
Gary asked:

The Boy Scout motto is “Be Prepared.” Does it predate the Scouting movement that started in 1910?

The YBQ quotes Boy Scout founder Robert Stephenson Smyth Baden-Powell: “The scouts’ motto is founded on my initials. It is: BE PREPARED.” (Scouting for Boys [1908]).
Zach asked:

Do you know when the word “Nimrod” started being used as an insult? A friend of mine thinks that he started it, in the late 70s. Any truth to this?

No. The Historical Dictionary of American Slang documents that it was used as far back as 1932, and was popularized by a 1940s Bugs Bunny cartoon.
Do any readers have any other quotations whose origins they would like me to attempt to trace?