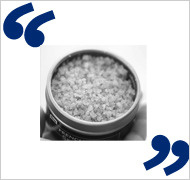 Each week, I’ve been inviting readers to submit quotations whose origins they want me to try to trace, using my book, The Yale Book of Quotations, and my more recent research. Here is the latest round.
Eric asked:

“The plural of anecdote is not data.” I love this line as it appeals to my inner economist. Any idea who said it first?

I said ‘The plural of anecdote is data” some time in the 1969-70 academic year while teaching a graduate seminar at Stanford. The occasion was a student’s dismissal of a simple factual statement — by another student or me — as a mere anecdote. The quotation was my rejoinder.

I have long thought Mark Twain was responsible for “Nothing needs reform like other people’s behavior,” but it is not included in common collections of his famous quotes. Would love to know it’s origin, as it is so useful these days.

This is a rare example of a quote attributed to Mark Twain that really was by Mark Twain. The Yale Book of Quotations has it as follows:

“Nothing so needs reforming as other people’s habits.”
Mark Twain, Pudd’nhead Wilson (1894)

I’ve always been curious about… “take it with a grain of salt” how did this evolve into advice to be dubious?

The Yale Book of Quotations says: