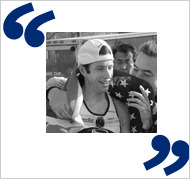 Each week, I’ve been inviting readers to submit quotations whose origins they want me to try to trace, using my book, The Yale Book of Quotations, and my more recent research. Here is the latest round.
Welch asked:

This is fairly obscure, but I’ve been trying without luck to find the exact phrasing and source of this quote: “Every morning I open the newspaper first to the sports page. The front page chronicles man’s failures, while the sports page chronicles his triumphs.” I think it’s Ogden Nash, but haven’t been able to find it.

This wonderful quote is not by Ogden Nash. The Yale Book of Quotations documents it as follows:
“I always turn to the sports section first. The sports section records man’s accomplishments; the front page has nothing but man’s failures.”
Earl Warren, Quoted in Sports Illustrated, July 22, 1968
Ben Russell asked:

Google books:
Hawaii educational review, Volumes 30-32″ – Page 243
Education – 1941
“We must think globally, but first act locally. If we can’t live decently in
Columbus. Ohio, we can hardly do better when we attempt to change the world. …”
And the following:
Official records of the General Assembly”
United Nations. General Assembly – Political Science – 1967
“She recalled that a favourite theme at the Beijing Conference had been ‘Think
globally, act locally,’ which was equally relevant in 2001, as attested to in…”

The second of these is obviously a bad misdating by Google Books. The first one, however, is probably accurately dated, and, if it is, it’s a major discovery, since Rene Dubos is universally considered to have coined “think globally and act locally” in the late 1970s. I will check on this in the original printed journal, but, assuming it is correct, thank you Ben!
Maria asked:

I have always wanted to know why surgeons think they made up “never complain, never explain”. I thought it came from Elise de Wolfe, the interior designer.

The Yale Book of Quotations has the following source:
“[Of attacks in Parliament:] Never complain and never explain.”
Benjamin Disraeli, Quoted in John Morley, Life of William Ewart Gladstone (1903)
Do any readers have any other quotations whose origins they would like me to attempt to trace?