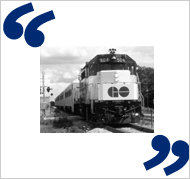 Each week, I’ve been inviting readers to submit quotations whose origins they want me to try to trace, using my book, The Yale Book of Quotations, and my more recent research. Here is the latest round.
Paul Robichaux asked:

The cartoon was by Ralph Fuller, no relation, as far as we know, to Thomas Fuller. Thanks, Tom!
Justin asked:

The Yale Book of Quotations tracks the earliest known evidence for famous misquotations as well as famous quotations. According to the YBQ, “Nigel Rees notes in Cassell’s Movie Quotations that Jack Benny said ‘Sam, Sam, play that song for me again, will you?’ in an Oct. 17, 1943 radio parody of Casablanca. Woody Allen cemented the fame of the paraphrase by using Play It Again, Sam as the title of a 1969 play and 1972 motion picture.”
Roger asked: