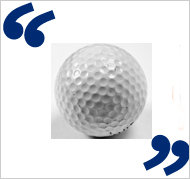 Each week, I’ve been inviting readers to submit quotations whose origins they want me to try to trace, using my book, The Yale Book of Quotations, and my more recent research. Here is the latest round.
ceolaf asked:

I’m curious about the term “Boston Brahmin,” admittedly not quite a quote. Meryl Streep used the term “Brahmin” when talking about about American conceptions of class. When did this Indian (i.e as in from india) term come to this country? How?

According to the terrifically helpful Yale Book of Quotations, this originated from Oliver Wendell Holmes, Sr.‘s book, Elsie Venner (1860): “He comes of the Brahmin caste of New England. This is the harmless, inoffensive untitled aristocracy referred to, and which many readers will at once acknowledge.”
Joe said:

What do you mean specifically when you say that something is a proverb? In some cases, that seems to imply that “it has been around for a long time, and nobody knows,” but is there a more technical definition? Could a 20th century quote become a proverb in this century?

The word “proverb” is notoriously tricky to define. Wolfgang Mieder, the world’s leading proverbs scholar, has defined it: “A proverb is a short, generally known sentence of the folk which contains wisdom, truth, morals, and traditional views in a metaphorical, fixed and memorizable form and which is handed down from generation to generation.” In this blog, I usually use the word very loosely to indicate that the origins of a saying are very unlikely to ever be traced to a known coiner. A 20th century quote could become a proverb in this century.
Melvin D. Melmac said:

Anything Groucho “said” could be assumed to have been written by S. J. Perelman, who authored the Marx Brothers‘ scripts.

Not so much. Among Marx Brothers films, The Cocoanuts had screenplay by George S. Kaufman, Animal Crackers was by Kaufman and Morrie Ryskind, Duck Soup was by Bert Kalmar and Harry Ruby, A Night at the Opera was by Kaufman and Ryskind, A Day at the Races was by Robert Pirosh, George Seaton, and George Oppenheimer, Room Service was by Ryskind, At the Circus was by Irving Brecher. And Marx had a career as a radio and TV host and general wisecracker and uttered a fair number of major quotations not on screen.
Gary asked:

I heard the phrase “snatching defeat out of the jaws of victory” on the Masters broadcast today referring to a golfer who lost an almost certain win on the last hole. It’s a play on the cliched opposite formulation, of course, but who coined it?