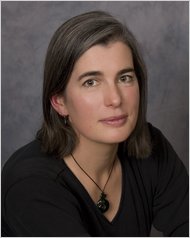 Stanford surgery professor Catherine Mohr tends to look at things her own way. In a recent TED talk about building green, she presented hard numbers to dispel some hype. In the following guest post, Mohr works through the economics of her own speciality: robotic surgery. Granted, she has a horse in this race: Mohr is also director of medical research at Intuitive Surgical, which produces surgical robots.

There has been quite a bit of attention paid recently to medical technology and the high costs of high-tech medicine, but does high-tech really mean higher cost? The example of the Da Vinci surgical robot shows that sometimes spending money can actually save money.

In 2000, a new medical technology was introduced: the surgical robot. In that first year, only about 1,000 surgeries were done worldwide with these robots, and those surgeries cost a lot. When you total up the cost of all the instruments and supplies, the robots themselves, and training and service contracts for keeping those robots running, the average additional cost for using the Da Vinci was almost $11,500 for each surgery performed. Hardly a recipe for enthusiastic adoption. But it was gradually adopted – driven both by novelty and the promise of the early clinical results, which seemed to indicate that the minimally invasive surgery the robot enabled made for better patient outcomes with fewer complications.

Fast forward to 2009, and there are large numbers of academic papers attesting to the superior outcomes delivered by the Da Vinci. There were 1,200 systems worldwide in 2009, and more than 200,000 robotic surgeries were performed, including prostatectomies, gynecologic surgery, cardiac surgery and transoral ENT procedures. A startling 75% of the radical prostatectomies performed in the U.S. in 2009 were done with the Da Vinci – an unprecedented rate of adoption of a new technique in the traditionally conservative discipline of surgery. Several hospitals have even bought multiple systems, and Intuitive Surgical, the maker of these robots (and where I’m employed!), has grown from a little Silicon Valley startup into a billion-dollar company.

Are improved patient outcomes enough to explain how disruptive a force robotic technology has been in the surgical market when it seemed to come with such a price premium? Unlikely. Although patients were going home earlier, experiencing considerably less post-operative pain, and going back to work within two weeks rather than more than six weeks after surgery, these societal costs (while extremely important to the patient!) are not costs that the insurance company or hospital sees. So while they strongly drive the patient’s desire for robotic surgery, they don’t give the hospital any additional incentive to provide it. But, as expected, the answer to the mystery of the hospital’s incentive can be found in the economics of how paying more for technology in one part of patient care may result in lower overall costs for treating the patient’s condition.

One of the forces at work for improved economics was simply volume. With greater utilization of the robots in the field, the average per-procedure cost dropped considerably to just under $4,000 for instruments and robot amortization and maintenance. Still, when compared to $900 per-procedure cost for laparoscopic surgery, or $700 per-procedure cost for open surgical procedures, the residual $3.000 premium per procedure seems like a hard barrier to overcome. Especially since hospitals are typically paid a single fixed price for a given procedure. This total price varies by who the payer is, but in general, the more efficient the hospital is at keeping its costs down, the more money it makes. So why are they paying for the robots?

It turns out that, in order to understand why hospitals are so eager to develop their robotic programs, you have to look at the effect that transitioning to minimally invasive surgery has on the total cost of the hospitalization for that patient for that procedure. Keeping a post-surgical patient who had an uncomplicated surgery in a bed in a hospital while they recover from that surgery costs that hospital $1,500 per day on average; patients who have MIS surgery go home two-and-a-half days earlier on average than patients having the same surgery through an open incision. The savings from being able to discharge patients earlier not only wipes out the premium cost for the robot instruments and maintenance, but actually brings the hospital out about $500 per procedure ahead.

The second big savings comes from complications and transfusions. Complications — when the surgery does not go as planned and the patient is injured during the surgery — can be devastating for the patient, and extremely expensive for the hospital; a minor complication can wipe out the hospital’s entire profit on a surgery, and a major complication can cost the hospital almost three times what it will be reimbursed. As hospitals eat the costs of those complications, there is a strong financial incentive to avoid complications (in addition to the pure humanitarian one). By making minimally invasive surgery easier for the surgeon to perform well, robotic surgery has been consistently shown to have lower complication rates than either open or laparoscopic surgery (even when taking into account the learning curve during which surgeons are learning this new technology). For every surgery performed robotically instead of either open or laparoscopically, this effect translates into an additional $700 savings on average for the hospital in avoided complications and associated blood transfusions.

So a $1,200 per-surgery net cost savings for the hospital even when it is spending an extra $3,000 in the OR can explain much of the adoption. The freakonomics are simple.