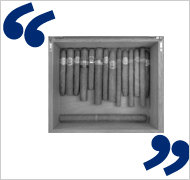 Each week, I’ve been inviting readers to submit quotations whose origins they want me to try to trace, using my book, The Yale Book of Quotations, and my more recent research. Here is the latest round.
David Chowes asked:

I do know that YOU BET YOUR LIFE was edited and some of Groucho’s remarks were in some way most likely pre-planned. Anyway… One night a program was broadcast and he was interviewing (I believe) a minister who mentioned that he had something like 15 children. Groucho immediately countered with, “You know I like to smoke cigars – but, I take them out of my mouth at times.”

At last, someone asks about a truly great quotation. As I wrote in an article about cigar-related quotes in the magazine Cigar Aficionado:

No one has ever found the Groucho cigar quote in tapes of the “You Bet Your Life” television show, nor in surviving recordings of the radio version that preceded it. A 1950 recording of the “You Bet Your Life” radio appearance of contestants Marion and Charlotte Story, a couple with 20 children from Bakersfield, California, includes nothing resembling the line in question. The only cigar reference comes when Groucho asks Mr. Story: “With each new kid, do you go around passing out cigars?” Marion’s reply is: “I stopped at about a dozen.”
Could “I love my cigar, too…” have been actually spoken by Groucho while taping “You Bet Your Life” but been censored out and thus not appear on any preserved broadcasts? I contacted Steve Stoliar, who served as a personal secretary and archivist to Groucho and the latter’s companion, Erin Fleming, at the end of Groucho’s life. Stoliar wrote me back supplying the strongest indication that there may be something to the tale after all:
“I got the inside dope from Bernie Smith, the head writer of the show, when I was helping Groucho and Hector Arce assemble the elements for The Secret Word is Groucho, a 1976 book about ‘You Bet Your Life.’ Bernie had an astonishing memory, as well as a chart with all the contestants’ names, how much they won and what the secret word was that night. Bernie told us that during the first year the show was on radio (which would’ve been ’47-’48), Groucho had a woman named Mrs. Story who lived in Bakersfield with her husband and many children…. Groucho said something along the lines of, ‘Why do you have so many children?’ and Mrs. Story said, ‘Well, I love my husband and I believe that’s why God put us on this earth.’ To which Groucho replied, ‘Well, I love my cigar, too, but I take it out of my mouth once in a while.’ This elicited, of course, a thunderclap of shock and laughter from the audience, but it was way too racy for broadcast in the Forties or Fifties, and so it was cut from the transcription before it ever went out over the radio.”
The truth behind the contradictory stories (no pun intended) may lie in a 1955 conversation from “You Bet Your Life” that is incontrovertibly documented. During the exchange, in which Groucho chatted with a female contestant who had 16 siblings, he asked: “How does your father feel about this rather startling turn of events? Is he happy or just dazed?” When the contestant answered, “Oh, my daddy loves children,” the Grouchster shot back: “Well, I like pancakes, but I haven’t got closetsful of them.” This innocent barb may have been “improved” in the popular mind, like so many other famous quotations have been, to become the cigar comment now so closely associated with the great comic.