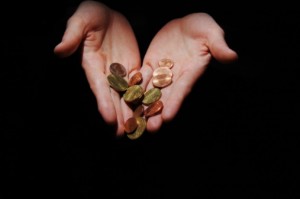 In our latest Freakonomics Radio on Marketplace podcast, we look at the economics of charity — specifically, what works (and what doesn’t) when trying to incentivize people to give. (Download/subscribe at iTunes, get the RSS feed, listen live via the media player above, or read the transcript.)

In Australia, Dick Smith’s electronics empire has afforded him enough success to be able to donate about 20 percent of his annual income to charity. But, he says, this kind of generosity is no longer the norm:

SMITH: When I was a young boy in the 1950’s, anyone who was wealthy was also known as a philanthropist. And they gave money away. These days we have incredibly wealthy people. I mean, our wealthiest is Rupert Murdoch, who gets a $33 million-a-year salary and also is worth about $4 billion dollars, but is not known for philanthropy in any way.

It’s the system of noblesse oblige, Smith says, that requires the wealthy to give, and he’s tried quietly to persuade his compatriots to fulfill their obligations:

SMITH: But I’ve not succeeded. I’ve completely failed. So now I’m going publicly and outing these people, and at least embarrassing them, hoping that one will break ranks and fulfill obligations of putting something back into society.

It’s too soon to say whether a healthy dose of public shame will be the kick that gets people to give, or if Smith, as one Australian writer put it, is just “a dickhead.”

University of Chicago economics professor John List has concentrated his research on the science of philanthropy, and as he tells Stephen Dubner, there are a few surefire ways to get people to give. Big-name endorsements, one-to-one matching gifts, and raffles all work wonders to lubricate cash flow. What doesn’t work? Rebates. An offer to refund money if a fundraiser doesn’t reach a goal doesn’t exactly send a signal of confidence. It’s like saying: We’re not so sure we can raise this cash, and you can’t be certain either.

Warren Buffet has already initiated a program to recruit ultra wealthy americans to join him in pledging philanthropic support to social programs- not sure of his protocol, but i would suggest giving out free t shirts to them which read 'WE ARE THE .1 PERCENT!'

When we think about what has made the world a dramatically better place over the last 100 years (significantly longer lifespans, less poverty/hunger), do people think the cause has been science/health advances, entrepreneurship and free markets, or charity? Would the world be better off if super wealthy individuals invested capital judiciously in emerging markets?

Exactly. If I had a few billion to spare, I'd invest it in things that would stand a chance of improving my quality of life (and other people's, too) while offering the chance of decent returns that I could invest in yet another such project. Electric cars, a space program, electifying the railroads, solar power, a few nuclear plants...

And you know what? There are a number of billionaires out there who are investing in these things.

Good question. ya know, I really do enjoy giving gifts. I especially like giving the sorts of gifts that meet the needs and wants of the people to whom I wish to give. That said, I keep on getting this e-mail Bez. The trouble is, why should I be easy with a "gang" of virtual thieves. Not me. I will be as `hard' as nails. NO more FREE LUNCHES other than what you can read into this here print matter. Perhaps this is what you really need or want i.e., the lesson of the truth. It hurts.. we get what we pay for. WEll then ... I must be true to myself i.e., to what I was aiming to accomplish from the very beginning. So if you want it, you too will have to pay the price.

Do you ever make sense? Reading your posts give me a headache.

when does shame work or not work? Perhaps not until the guilty parties admit to their sins.

We've found that people love a product with a cause behind it, especially during the holidays and they get the two birds with one stone effect from their dollar spent. I'm for whatever gets folks giving in the right direction!

The more charity is socialized through increasing public wellfare and (more subtly) constantly raising taxes, the less likely are people to be generous. I´m not even primarily talking about the rich and wealthy, but rather about the middle class. Think about it:
If one knows that the beggar who just asked for a dime, is already taken care of and fed by the government using money one is FORCED to pay, it might rather cause negative emotions than any sympathy towards him. What if he didn´t get anything and would actually rely on people being willing to donate voluntarily? Wouldn´t that completely alter the situation? I can´t really evaluate the situation in the US, since i´m German. In my country though, there even is some sort of saying, that the only thing poor people will do with donated money, is to buy liquor. It´s pretty clear that saying wouldn´t exist, if people couldn´t be certain of the poor beeing fed wether they donate or not. It is my honest belief that stopping any kind of public wellfare and demanding taxes for it, would lead to in fact more money being given to the poor. Not to mention many proven positive side-effects.

About the "shaming idea":
It won´t work. On one hand, some people would start to donate, to avoid being socially punished. On the other hand however, probably an equal or even higher number of people would stop what little the already donate or stop thinking about starting to donate.
Just as it is with bringing up kids: Reward beats punishment.
So "outing" and honoring people to a great and public extend which engage themselves in charity would accomplish much more imho.

How do we have any idea what Rupert Murdoch gives? Maybe he does things anonymously. It is unfair and mean to pick on an individual when we do not know what they really do.

What is the research behind offering raffles as an incentive to give? Have any studies actually found an increase in donations because of the raffles?

Interesting thought. I wonder if there is any source where I could go deeper into the findings made by the Freakonomics team?

I would be thrilled if you could guide me to a book or white paper which has further insights!