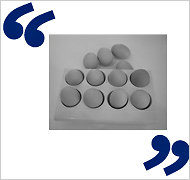 I’m back to inviting readers to submit quotations whose origins they want me to try to trace, using my book, The Yale Book of Quotations, and my more recent research.
Alan Thiesen asked:

Hundreds of web sites claim that either Lenin or Stalin said “You can’t make an omelette without breaking eggs.” I can’t find any evidence that either dictator ever said this. It appears that pro-Stalin journalist Walter Duranty originated this saying. See here and here.
Is my conclusion correct, or did Lenin or Stalin actually say this?

Neither Lenin nor Stalin nor Duranty originated this saying. The Yale Book of Quotations documents “You cannot make an omelette without breaking eggs” from Robert Louis Stevenson in 1897. Still earlier, T. P. Thompson wrote in 1859: “We are walking upon eggs and … the omelet will not be made without the breaking of some.”
St. Kitt asked:

“I love taxes. With them I buy civilization.” ~ Justice Oliver Wendell Holmes?

The YBQ has the following:
“Taxes are what we pay for civilized society.”
Oliver Wendell Holmes, Jr., Compania General de Tabacos de Filipinas v. Collector of Internal Revenue (dissenting opinion) (1927)
Do any readers have any other quotations whose origins they would like me to attempt to trace?