The Downside of Playing Sports, and Watching Too 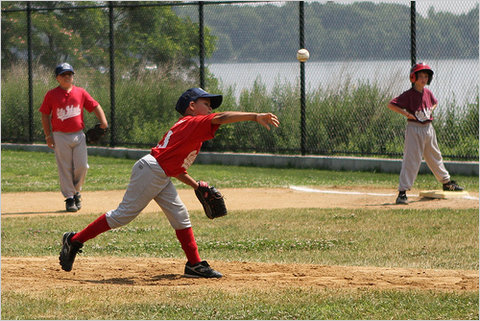 Two good questions from a reader named Harold Laski, who is the medical director of Southside Medical Center in Jacksonville, Fla.:

As a physician treating injured sportsmen, I understand (or at least I think that I do), the reasons that people get into sports. But two things have bothered me. First the fact that many parents encourage their children, even at amazingly young ages, to concentrate on sports, so that when they get “big” they can earn lots of money as a famous sports person — usually, at least the ones I am in contact with, as football players. But from my limited standpoint, this actually does more harm than good, in that many children continue on through high school hoping to be that great sports hero, a hope that never comes to fruition. There simply are not enough places in sports that really pay compared to the number of people (students) who concentrate on the sports to the detriment of their education and end up with nothing. Has any study been done to show the true effect of the “sports craze” here and abroad?

I don’t know of any such research into the opportunity cost of youth sports, but would appreciate hearing from anyone who does. I asked sports economist J.C. Bradbury if he had any insight. He wasn’t familiar with any specific research on the topic, but he replied:

My thought is that there is very little negative impact to watching or participating in youth sports. College athletes tend to graduate at a higher rate than the general population. And the demographic of people who watch sports tend to be college graduates with high incomes. Colleges also use athletics to attract good students who like to watch sports.

What I do know is that:

Secondly, spectator sports. What is the effect on people and their financial status due to the amount of time that they spend talking about and watching spectator sports? I know that many live vicariously through the sports figures and derive a certain pleasure from this just as they do from watching movies. But what is the effect on society from the vast amount of people who are spectators rather than players. Obviously playing adds a certain amount of exercise, something that many of us lack. However, does the amount of time that people spend watching sports improve or worsen their economic situation?

Again, I know of no such research. Please let us know if you do. But I like the question. The downsides to watching a lot of sports seems evident. What about the upsides? You could argue that watching sports is a good social lubricant, it’s relaxing, that it can lead to BIRGer binges (that’s Basking in Reflected Glory).
And I’d take Harold’s question one degree further: what about time spent playing fantasy sports? I had always stayed away from them in part because I feared they would be addictive. This year, my 10-year-old son talked me into playing fantasy football. Turned out my fear was 100 percent legitimate. The only good news is that, in a 10-player league, I made it to the finals. Who was my co-finalist? My son. The winner? Solomon. Now that‘s an experience you can’t buy.