What Happens to All Those Super Bowl T-Shirts?: A Guest Post by Dean Karlan 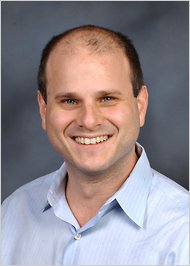 The Pittsburgh Steelers played in this year’s Super Bowl, but did not win it. Which means that, sitting in a warehouse somewhere, are lots of preprinted “Pittsburgh Steelers 2011 Super Bowl Champion” t-shirts. Ever wonder what happens to them? Dean Karlan, a development economist at Yale, is here to explain in a guest post.
Karlan is president and founder of Innovations for Poverty Action, a research affiliate at the M.I.T. Jameel Poverty Action Lab,?and co-Founder of stickK.com. And he and Jacob Appel are co-authors of a forthcoming book called More Than Good Intentions: How a New Economics Is Helping to Solve Global Poverty.
What Happens to All Those Super Bowl T-Shirts?
By Dean Karlan

The Super Bowl stirred up an old controversy in the international aid community.? What happens to all those preprinted “Pittsburgh Steelers 2011 Super Bowl Champion” t-shirts?? Apparently, each year the NFL gives them to the international relief and development organization World Vision, who then ships them to Africa.
Is this good or bad? And why should anyone care?
This is not the first time these questions have been asked. Less than a year ago, Jason Sadler planned to send a million t-shirts to Africa, only to be bombarded by scathing criticism from the aid blogosphere. Read here for the story, and here for his version of why he ultimately didn’t send the shirts.
Opponents argue that sending shirts destroys local textile economies by flooding the market with free goods and undercutting local t-shirt producers. World Vision responds by saying something to the tune of, “but we spread it out.” That is kind of like arguing that something bad is okay if you do it in small enough doses to lots of people (rather than a large dose to a few people). Of course, such arguments don’t hold water: bad is bad, even if marginally so.
I think World Vision might have a better defense. They could argue that critics of the annual t-shirt migration (or at least all the critics I’ve heard) are thinking about the wrong counterfactual. The choice is not between (a) doing nothing — which, critics infer, would leave Africans to produce and sell 100,000 new t-shirts — and (b) shipping 100,000 t-shirts to Africa. Rather, the choice is between (a) selling the t-shirts in the U.S. as rags (or novelty souvenirs for delusional Steelers fans) and then sending to Africa the proceeds plus the money that would have been spent on shipping, or (b) shipping 100,000 t-shirts to Africa.
In other words, the NFL surely isn’t going to pay local producers to make 100,000 t-shirts after the Super Bowl. That option is not on the table. So in the end, the t-shirt migration has one pro and two cons, and we have no real data to tell us what to do. The pro: some people in Africa get some t-shirts, and hopefully those people extract some value from the t-shirts (either by wearing them or by selling them). The first con: market prices for t-shirts may go lower in Africa, and this adversely affects some. The second con: there may simply be a better way, such as selling the t-shirts in the US and sending the profits, as in (a) above.
Typically, when we see arguments for in-kind goods, they have some sort of positive externalities (bednets to fight malaria, deworming pills) or we think they’re underconsumed because of poor information (education: gated copy here, earlier working paper here). T-shirts? Tough to make that case.
The more I read, the more I was struck: lots of rhetoric, but I could not find a simple evaluation that compared the above tradeoff: hand out t-shirts in Africa, or sell them in the U.S. and hand out the cash equivalent in Africa. Perhaps the outcomes are too diffuse (these shirts are not worth too much, after all, so what would we actually measure? And measuring impact on local prices is a tough nut to crack).
Perhaps the “gift” is simply too small to detect an impact. But, with as little as $0.50, we do know ways to make a noticeable impact: e.g., give deworming pills to schoolchildren in areas with worms, and their health and then school attendance improve.
What do you think?? Better than no aid, but not the optimal aid?? Or actually doing harm, as some argue?
(HT: A View from the Cave)