Ink by the Barrel 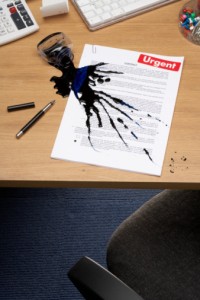 I’m back to inviting readers to submit quotations whose origins they want me to try to trace, using my book, The Yale Book of Quotations, and my more recent researches.

It has also been credited as undetermined, which I think is most accurate: Ralph Keyes, the quote verifier: who said what, where and when 64. The Mark Twain House in Connecticut has no record of Twain saying the phrase.

Master researcher Barry Popik has an article about the so-called “Greener’s Law” on his wonderful website barrypopik.com.  His earliest citation for the quotation, fourteen years before any record of Greener’s having said it, is the following:

I've been wondering where the phrase "to take someone down a peg or two" came from/refers to.

Isn't a peg a strut on a ladder?
So taking someone down a peg or two would be the same as 'moving him down the ladder'

Unless the subject matter of the quotation is "floating down the Mississippi," I think we should institute a rule that Mark Twain attributions are presumed false unless proven otherwise.

Barrels of Ink, etc. It just doesn't ring right in my brain as a theory of origin of the phrase...

I foresee a day when all the audio on the planet is also searchable...then we will discover the radio interview with Orson Welles talking about his fight with William Randolph Hearst regarding "Citizen Kane" And Orson Welles (maybe) said, "Never pick a fight...", etc. (Hearst refused to run ads for the movie in any of his newspapers. Hearst was also twice elected to the U.S. House of Representatives..is the Congressional Record searchable?).

I can hear him saying it...! He just probably didn't.

Also, we will find all the clever witticisms which never quite made it into searchable ink.

"The coldest winter I ever spent was a summer in San Francisco."

I'd love to know who is responsible for that one. It's often mis-attributed to Mark Twain.

I dislike “I never quarrel with a man who buys ink by the barrel.” because it only rhymes on paper.