Why Trademark Tarnishment Laws Are Dubious

We recently wrote about Disney’s attempt to trademark “Seal Team Six”–the name of the Navy SEAL unit that killed Osama bin Laden. Disney’s bid to make a buck off the SEALs didn’t go down very well – the public response was overwhelmingly negative. It also caught the attention of the Navy, which made clear that it had a better claim over the name. Last Thursday, Disney gave up.

But just as one bizarre trademark dispute recedes, another one springs up.

TPM ran a story detailing an insider trading investigation against a number of hedge funds in New York. The story contained no accusations against the NYSE; TPM ran the file photo of the trading floor as a way of signaling that this was a business story.

The NYSE claims to have the trademark rights for images of its trading floor, and you have to get permission to use an image. At first blush, that might seem odd. We usually think of trademarks as symbols or words or names that identify products as coming from a particular producer. But trademark is broader than that. It can encompass any kind of symbol that communicates information to consumers about the source of a product or service. And the NYSE claims that the appearance of its trading floor signals “New York Stock Exchange” to consumers.

That’s pretty dubious. It works only if consumers actually associate the floor’s appearance with the NYSE. Although we haven’t seen data either way, we suspect that when a lot people look at a picture of the NYSE, they may think “air traffic control center” or “Best Buy showroom.” Or possibly “stock exchange” – which isn’t enough for a trademark, because there are many stock exchanges in the world. 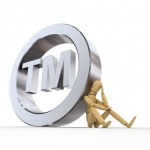 Moreover, trademark law is aimed mostly at preventing consumer confusion about the source of products or services. So TPM would be liable if it caused consumers to mistakenly believe that the source of the TPM news article was actually the NYSE. Again, very doubtful.

But the NYSE’s central, and much more interesting, claim is that TPM’s use of the NYSE picture “dilutes” the value of its mark through “tarnishment”. What does this mean? Essentially that TPM is associating the NYSE with bad things – in this case, allegations of insider trading. Tarnishment claims are controversial. The First Amendment gives the press wide latitude to criticize – explicitly or implicitly – important institutions like the NYSE. And the idea that TPM’s use of the NYSE trading floor picture in an unrelated story about insider trading is likely to hurt NYSE’s business in any way is, to put it as gently as possible, far-fetched.

In a phone call with us yesterday, TPM honcho Josh Marshall made clear that TPM won’t give in to the NYSE’s demands. Often, however, frivolous trademark threats succeed, because the recipient of a legal nastygram simply folds without a fight.

Take the example of the Hollywood, California Chamber of Commerce, which claims to own a trademark in the famous “Hollywood” sign. When the UCLA Law School (where one of us teaches) tried to use a photo of the sign in a recruitment brochure to illustrate its connection to the world’s entertainment capital, it was threatened with a suit. There was no risk of confusion, or tarnishment – the Chamber just wanted to get paid. And the law school, rather than fight a frivolous claim, gave in. It used a stock photo of a film reel instead.

Why have any rule at all against “tarnishing” a trademark? If you think about it for a moment, a trademark tarnishment claim is really just a species of defamation. Defamation law protects personal reputations. Likewise, trademarks are repositories of corporate reputation – or, in economics argot, of a business’s investment in creating “goodwill”. So far, so good—reputations are costly, and it makes sense to have a legal rule to protect them, so as to encourage investment in good reputations.

There is still a puzzle here, however. In the U.S., plaintiffs who believe they’ve been defamed have the odds stacked heavily against them – the Supreme Court has held that the First Amendment strongly protects speech, even when it is harmful to personal reputation. If the background rule is that investment in reputation is subordinated to free speech, then trademark tarnishment claims, which involve speech harmful to corporate reputations, should, if anything, succeed less often – at least if we still believe that people are more deserving of our solicitude than corporations. But that doesn’t seem to be the case. We’ll leave off with that question hanging.

Isn't it true that companies must protect their trademarks from any and all "unlicensed" use regardless of whether or not they actually think it's damaging their reputation? In this case, perhaps the NYSE doesn't really care that the picture was used for the article but they may care 2 years from now when someone does write a defamatory article about them. Don't they have to prove that they have consistently and perpetually defended their trademarks to successfully prosecute such a case?

Trademark infringement isn't about maintaining the right to sue to limit free speech.

It is about deception in trade. If you design a mark to build a customer base, then I try to imitate your mark to confuse customers, that's a problem.

If you get a trademark, and then you do a bunch of shady stuff, and media uses your trademark when reporting on the shady stuff you did, you shouldn't win a trademark suit.

This post would have been much better if it had been accompanied by a photo of the NYSE trading floor instead of the one you used. Well, at least the cowards at UCLA will know they're in good company.

It is very perilous for individual to enter a legal battle against a big entity. Individual just don't have resources to keep up. In addition, if the entity lose, it is of much less consequence than individual, who would be pretty much done for. Individual suing corporation sometime results in quick settlement when corporation could not be bothered. However when the big guy is the one with motivation, it is time to run the other way... fast.

It is a bad idea to make sweeping judgments about a law from one complaint filed in court.

When I think of tarnishment, I think of a tractor manufacturer making a commercial featuring their mower trying to mow down a diminutive deer replicated from the John Deere logo. There is no likelihood of confusion - no one thought John Deere was trying to mow down their own logo - and it went beyond a simple parody. It was commercial speech (maker of the commericial) against commercial speech (the John Deere logo is also a form of speech) and the classic forms of infringement do not lend themselves to the conflict. Tarnishment exists for this purpose.

That's a poor example, because that's not tarnishment. That ad simply implies the advertised mower is better than John Deere, which, if true, is protected commercial speech.

Classic tarnishment would be associating a trademark or logo with something unsavory, such as illegal drugs. A student film that uses stop motion to animate Barbie dolls shooting up would be tarnishment.

Funny that NYSE is worrying about someone else diluting their trademarks, when they seem to be quite capable of doing it themselves with their recent marketing campaing - see http://sites.google.com/site/bbayles/index/marketing_fail .

John Elway has a problem with the name of my band. What if we're the next Green Day? What then, John Elway?!?