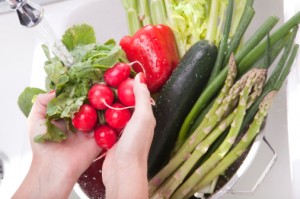 The news that In.Gredients, a “package free, zero-waste” grocery store, will debut in Austin, Texas, is certainly cause for optimism. The store, which will be located on the rapidly gentrifying east side of town, is bound to find an eager market of young, progressive consumers raised on a steady diet of environmental ethics, especially the unmitigated horrors of plastic. In addition to its quest to eliminate waste, the store, according to its press release, also promises to promote local and organic food, thereby achieving a trifecta of green grocer bona fides. It should do well.

That said, I think the brains behind In.Gredients vastly underestimate the environmental implications of their bold idea. The tawdry rhetorical appeal to reduced packing, local production, and organic food might resonate with an audience accustomed to associating these traits with eco-correctness. But the carbon-footprint complex isn’t so simple. Fortunately, in this case (and somewhat coincidentally), it happens to be far more consistent with the store’s purported mission.

Don’t get me wrong. Efforts to reduce waste, buy local, or go organic generally make sense. But their impact, I would suggest, is far more modest than advertised. Packaging can be wasteful, but it also extends the life of perishable food, thus increasing the chances that it’s purchased and consumed before it rots and (as usually happens) is trucked to a landfill (where, unlike plastic, it emits methane). Local food can shrink a product’s carbon footprint, but again, it rarely makes that dramatic a difference. After all, only about nine to eleven percent of a food’s overall energy profile is used in transportation. And organic, well, this is a hot button, but with organic produce requiring vastly more land to achieve yields similar to conventional produce, it can contribute to agricultural sprawl while threatening natural biodiversity. And for those who think organic produce is pesticide-free, think again.

So the reasons that In.Gredients highlights to justify its eco-correctness are, upon closer inspection, flimsy. Call it grocery store greenwashing. The good news, however, is that the store’s bold plan to revolutionize the way we buy groceries–in particular its heavy emphasis on bulk foods with long shelf lives–strongly orients the store away from extensive meat and meat-based products and toward such low-impact (and non-processed) items as dried legumes, whole grains, and nuts. This factor, more than any other, is why the place might very well earn an ecological gold star.

I’m well aware that conventional wisdom celebrates the environmentally responsible diet as one that’s comprised of local, organic, and package-free food. It’s easy, achievable, and makes for good copy in the foodie press. In point of fact, though, the single most ecologically influential decision a retailer or consumer can make to achieve a lower carbon footprint would be to reduce as much as possible its reliance on meat and meat-based products. With rare exceptions, these products are, no matter how they’re produced, the most energy-hogging foods on the planet. What we buy and eat matters far more than where it comes from, how it’s produced, and whether or not it’s packaged. And it’s on this point, more than any other, that In.Gredients promises to do something genuinely original.

Thanks for a great take on a tough subject. And though I have a beef with your writing position, I completely agree. I thought it was Freak-O-Nomics not Freak-O-Logics. People don't make decisions based on logic. Eliminating the sale of meat isn't an economic move for almost any store. Only those businesses who have a dedicated, select, and large-enough vegetarian consumer base can stay meat-free while remaining in business. Eliminating meat isn't a viable option, so it doesn't make sense to put in an econ piece, maybe in an environmental piece.

I do completely agree that foodies have jumped on the cliche wagon instead of the reality train where local has outplayed low-impact while organic has bested chem-free and field-ripened. The reality though is that In.Gredients (a horrible name) has possibly made a great ECONOMIC move by giving consumers what they think they want. Sure lamb from New Zealand has about 1/4 the environmental impact and 1/10 the cost of New England lamb, but if people think they want to see Local right next to the $15.99/lb on the mutton chop sign, who is going to risk economic death by trying to re-educated before selling to a population that already considers itself well-versed in food quality.

And their idea of Zero-waste only will exist if they are constantly running out of whatever is popular and also have a back yard full of hungry chickens to convert the rotten bits into eggies and meat.

Zero packaging is favorable to me not as an environmentalist, which I am not, but as a minimalist. I also find the suggestion that the methane produced by rotting food to be more dangerous than plastic packaging to be highly dubious. All plant and animal matter on this planet eventually rots either before or after it is consumed. Cow patties are a clear example of produce that has been consumed and resulted in methane.

Landfills need to be set up to minimize or capture the methane.
http://www.epa.gov/lmop/basic-info/index.html#a02

A link to explain just why meat products produce a larger carbon footprint would be nice for us that like to check the bias of blogs and newstories but oh well, for a somewhat controversial subject its actually sort of nice to only see 1 gratuitous, underexplained and unreferenced bash at the "baddies".

At any rate, I suspect that the larger carbon footprint meat products have is due to those animals simply existing, breathing and.. farting.

It is a fact that reducing your consumption of meat will reduce your carbon footprint. Assuming you don't replace that meat with hothouse tomatoes farmed in the middle of Russia during the winter and then shipped halfway across the world by airplane.

I was with you the whole way until you got to the whole "reduce the meat and meat-based products" thing. I won't go into the whole argument here, but a GREAT resource is "The Vegetarian Myth: Food, Justice, and Sustainability" by Lierre Keith. A lot of the book is silly, so don't think I'm a shill for her rants. But what really struck me is basically the nutrition per energy argument and that things like legumes and grains require TONS of fossil fuels to grow (especially fertilize) and that if you want to maximize the nutrition per energy on food, you let the current farmlands revert back to grasslands and let cows graze on the grass. Grass fed cattle produce MUCH less methane than grain fed cattle since they're eating what their digestive tracts want. (Also people produce much less methane on a grain free diet - but I'm not getting into that here).

You're correct, a lot of the book is silly. It's also just plain wrong.
http://skepticalvegan.wordpress.com/2010/03/19/myths-of-the-vegetarian-myth/

The places where I do agree with her are on the sustainability and the health issues. Grain farming is horribly fossil fuel intensive and produces basically what amounts to nutrient free poison. (especially since the introduction of GMO wheat in 1976)

"especially since the introduction of GMO wheat in 1976"
um what are you talking about, the only GE wheat out there is only just starting to be field tested, right now all commercially available wheat is NON-GE
I very often run into this misconception about wheat along with many many of non-GE crops. People will make a claim about a particular food such as that its bad for you or doesn't taste as good as the good old days and then blame it on it being genetically engineered when that crop is not. I often heard the same claim about the taste of tomatoes likely stemming from memories of hearing about the now-unavailable flavr savr tomato, in reality the tomatoes you get at the store are all non-GE.

First, KUDOS for telling the truth about meat consumption.

But - "Agricultural Sprawl?" There is now, officially, a negative term for everything on this Earth. One man's agricultural sprawl is another man's paradise.

Umm sounds like you have never been on a farm? It is a a pretty boring, artificial, and ecologically harmful landscape.

I would rather take urban landscapes surrounded by forests any day. But then we wouldn't have enough food!

This just demonstrates once again that any good idea can be carried to ridiculous extremes.

My local supermarket (WinCo chain, which I admit is not typical) sells a lot of package-free food (probably more than the several supposedly natural food stores in the area) but it does so from cost, selection, & customer demand, not environmental correctness.

Your use of agricultural sprawl is a hyperbole. Organic will never replace conventional growing techniques, but instead represents a platform to experiment with alternative growing techniques in a more sustainable fashion because it has typically higher profit margins compared to conventional agriculture. Besides, what would you rather have? agricultural sprawl from organic crops, or expansion of corn based ethanol or suburban sprawl?

What you propose is a false dichotomy. Conventional and GMO crops have the potential for producing higher yields in a smaller space, reducing agricultural "sprawl" of all kinds.

I have always enjoyed hearing the maverick Freakonomics segments on NPR. While I am trying to appreciate the devil's advocate quality of this editorial, I must say it seems rather cynical and, even more disturbingly, poorly thought out:

You have not considered the single use packaging of product delivery, which produces copious amounts of waste in traditional grocery stores.

Local consumption enhances the local economy. Moreover, local consumption of whole foods improves the health of the local population. in.gredients is opening in a "food desert"- the ability to purchase fresh produce in east Austin, especially in a neighborhood which has a large population of senior citizens, enhances the community's quality of life. Presently, it is nearly impossible to find a head of lettuce within three miles of most of Austin's affordable housing. As a college educated, 28 year old single mom- one of the young, progressive consumers you refer to- I'm pretty stoked to be getting an alternative to the obesity inducing selection of our many neighborhood corner stores.

Until you know what the product selection at in.gredients will be and how it will be stored and distributed, discussing the shelf life implications is inherently speculative. The concept of zero waste aims to redirect a reliance on single use containers, it is not anti-plastic.