If you’ve ever bought alcohol in Pennsylvania, you know what a weird, controlled system it has. As 1 of 19 “alcoholic beverage control” states in the U.S., Pennsylvania has some of the more strict, if not bizarre, laws regulating the retail sales of booze. Wine and spirits are sold only by state-owned stores, which don’t even have names; they’re designated by call numbers instead. Prices are kept uniform in all locations. Many of the stores operate at a loss. If you’re under 21, you’re not even allowed inside, and until recently, you couldn’t buy alcohol on a Sunday. Oh, and check out its “Kafka-esque” system of grocery store wine vending machines. 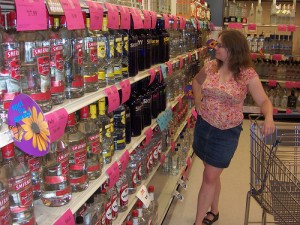 This may all be about to change. Pennsylvania is debating whether to privatize its liquor sales as a way to raise money and bridge its budget gap. Estimates show the state could raise anywhere from $1 to $6 billion by selling off its stores to private buyers, though that would be a one-time cash infusion and the state would give up its stream of roughly $90 million in annual profits; though it would still collect sales tax revenues.
Whether that’s good fiscal policy is debatable. But so is the projected effect that privatization would have on alcohol consumption. A 2009 study by the Commonwealth Foundation, a Harrisburg, Pa. think tank, which examined the effects of deregulation in Iowa and West Virginia, found that per capita alcohol consumption decreased by as much as 5.9 percent. One explanation cited by the study’s authors, John Pulito and Antony Davies of Duquesne University, was that with more convenient hours and less restrictive purchasing guidelines, consumers bought less alcohol per trip.
But a new study refutes those findings, and shows that privatization efforts increase alcohol consumption by an average of 48 percent. The report, conducted by a task force of public health experts, analyzed 21 other privatization studies in seven states, two Canadian provinces, and two European countries. Stephen Herzenberg, an MIT-trained economist and executive director of the Keystone Research Center, reviewed the report and wrote a policy brief. The highlights of his findings:

The Commonwealth Foundation study also compared control states to license states, and found that rates of underage drinking and underage binge drinking were roughly the same. There was also no difference in alcohol-related traffic deaths in license states compared to control states, according to the study.
Washington state is also considering privatizing its state-run liquor business. In Virginia, lawmakers floated the idea earlier last year before backing away from it.
So, what do you think?
[poll id=”9″]