A Picture's Worth a Thousand Words 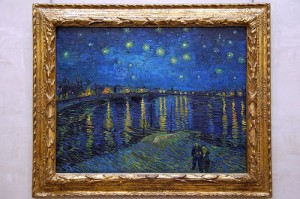 I’m back to inviting readers to submit quotations whose origins they want me to try to trace, using my book, The Yale Book of Quotations, and my more recent researches.

The standard Fred Barnard story about the origin of this proverb was disproven by The Yale Book of Quotations, which has the following information:

“‘The picture is worth ten thousand words.’  So says ‘an old Chinese proverb.'”
Washington Post, July 26, 1925.  There appears to be no basis for the Chinese attribution.  An earlier version, “A look is worth a thousand words,” appears in a real estate advertisement in the New York Times, May 16, 1914, where the words are followed by “say the Japanese.”  This proverb has long been credited to Frederick Barnard, who used a “look” version in Printer’s Ink, Dec. 8, 1921, and a “picture” version in the same periodical, Mar. 10, 1927.

The YBQ also cross-references to:

“The drawing shows me at a glance what would be spread over ten pages in a book.”
Ivan Turgenev, Fathers and Sons (1862) (translation by Constance Garnett)

Who said it first: Lee Iacocca or Stephen Covey? Or perhaps someone that the internet is not aware of...

"Derp"
Is that from rage face or what is it from? What does it mean exactly?

"Ask me no questions, I'll tell you no lies."

Huck Finn says a version of it, but I want to know if that's the first use.

Also, "It takes a village," which appears at least conceptually in To Kill A Mockingbird when the missionary lady is horrified that the Africans act like the whole tribe is one family.

The friendly goodbye phrase "so long" always throws me for a loop. I've been told it came from when the Brits were trading in the East Indies and the natives would say 'Salaam' which turned into "So Long" when it made its way back to England. Can you confirm this or give me the roots to it! Thanks.

I'm pretty sure it's an Americanism, not common in Britain. But it's true that this phrase comes from a misinterpretation of a foreign word. In this case, it was the Americans misunderstanding the Irish word "slán," meaning good-bye. It dates back to the early 1800s, when Americans working alongside Irish immigrants would have heard the farewell expression often.

Can you trace the origin of this Ford quote and if it's really a Henry Ford quote?

“If I had asked people what they wanted, they would have said faster horses” – Henry Ford

I have absolutely no doubt that some earlier sources can be found, but here is a good one...

The business man is not only demanding facts in place of guess work, but he is demanding his facts in picture form. Some one has said that a picture is worth a million words; certainly a good chart is worth several pages of written ...

here's one I'm curious for the origin of: "making money hand over fist"

Interested in where the phrase "shooting the sh!t" comes from. I am guessing around the term BS'ing, but the mental imagery is quite amuzing when you picture people literally shooting sh!t.

Not to rain on everyone's parade, but I am pretty sure I read a synonym of "a picture is worth a thousand words" in some latin classic from the early imperial era. Don't remember where, but it is there.

I always find these attempts to find the "source" of common ideas that have likely existed for hundreds or thousands of years hilarious.

Finding the first published English occurrence of something is such a trivial project, not to mention meaningless.