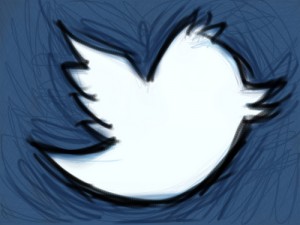 I’m a long-time Twitter skeptic.  It’s difficult for an economist to see a 140 char lmt as a ftr.  My journalist friends tell me I’m dead wrong.  And a recent long and boozy evening with co-founders Evan Williams and Jason Goldman convinced me to give it a try.  Is Twitter worth the hype?  Let’s find out.
Today I’m beginning my Twitter Experiment. I’m now tweeting @justinwolfers. I’m going to keep this up for a couple of weeks as a “burn in” period—basically so that I can learn the ecosystem before my experiment begins. Then on the morning of August 1, I’m going to wake up, and flip a coin. Heads, I’ll open Twitter; tails I won’t.  And I’ll do the same on August 2, and then every day for three months. If the coin comes up heads, it doesn’t necessarily mean that I’ll tweet, just that it will be a Twitter-aware day; I’ll consume the stream, and tweet away if I feel the need. Tails, and I’ll simply tweet “Tails, goodbye,” close the stream (unless I need it for research) and then resist the urge to tweet for the rest of the day.
So far, designing the experiment is easy. But what are the right outcome variables to track? I can think of three things that Twitter does:
1.      Distracts me, sucking valuable time from serious research.
2.      Broadcasts me, perhaps increasing my influence.
3.      Informs me, which may make me a better economist.
Here’s my question for you: How can I measure the influence of my Twitter Experiment on each of these outcomes? I think measuring distraction is easiest—I’ll just evaluate how productive I was each day, using a subjective 0-10 scale. I have some ideas about measuring influence, but none are particularly compelling. And I’m baffled by how I might measure the extent to which Twitter is informing me, making me a better economist.
Crowdsourcing can surely improve my experiment. Do you have any ideas for how better to measure distraction? Or ideas for useful indicators of influence or impact that I can track?  And how best to measure how informed I am? And does anyone else want to join me in this experiment? More data = more insight.
Please add your ideas in the comments.  Or if your idea is ez 2 expln, just tweet me.  #twitexpt.