Applying for a patent is expensive. Fees can exceed $25,000, and most applications require at least a couple years of effort. We might expect that anyone considering applying for a patent would be fairly certain of the merits of their case for one. And yet, of the patents granted by the U.S. Patent and Trademark Office (PTO) that are subsequently litigated, 40% are declared invalid in court.
A court’s declaration that a patent is “invalid” means it should never have been granted in the first place, usually because the invention has been done before, or because it’s obvious to anyone familiar with the patent’s particular scientific or technical field. So why do so many people spend so much time and money filing for patents that are ultimately declared invalid?
Uncertainty is one reason. Applicants can’t always predict whether the patent will later be struck down in court. New evidence may come to light that the “invention” isn’t really new; or that the basic idea underlying it is widely understood by those in the relevant field. So misperception, aided by the well-known phenomenon of “optimism bias,” may explain a portion of this puzzle.
Another answer is that seeking even dubious patents is a gamble worth taking. The PTO receives over 520,000 patent applications a year. That’s about 1,425 applications a day. The agency’s approximately 6,500 patent examiners are overburdened; on average each patent gets only about 16 hours of review. Virtually all experts agree that this is nowhere near enough time to properly assess a patent. More fundamentally, patent examiners are rewarded for processing applications – and the easiest way to clear a file is to approve a patent. The PTO’s examiners don’t get paid to say no. They’re incentivized to approve.
But there’s a third, more interesting reason so many people seek patents that have a high probability of being found invalid. As it turns out, invalid patents may be worthless as innovations, but they can be very nice bargaining chips.
Any patent the PTO grants enjoys a legal presumption of validity. To overturn this presumption, defendants in a patent infringement case must prove the patent’s invalidity by a high standard of “clear and convincing evidence.” It takes a lot of lawyer fees to do that. And the result is that defendants often pay rather than fight, even when they think they could ultimately have the patent invalidated. More than 97% of patent infringement suits are settled before trial. 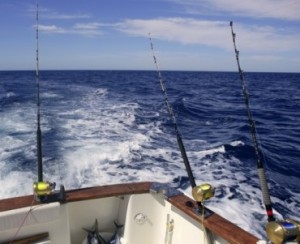 In this environment, brandishing invalid patents can be a good business strategy. This behavior, called “patent trolling,” gets a lot of attention today, but it’s been going on for more than a century. In 1895, George Selden obtained a U.S. patent for putting a gasoline engine on a chassis to make a car. The patent clearly should never have been granted: the idea was so obvious that many people worldwide thought of it independently as soon as the first workable gasoline engines became available. Nevertheless, Selden brandished his patent, threatened nascent carmakers with suit, and collected hundreds of thousands of dollars in royalties.  Selden didn’t contribute anything meaningful to the development of the automobile, but his patent abuse made cars more expensive for years, until Henry Ford, who refused to license from Selden, finally busted the patent in court in 1911.
The patent system exists to encourage people to invent – to add, in Abraham Lincoln’s words, “the fuel of interest to the fire of genius.” But as this post suggests, there’s a dark side to the patent system. Just as good patents advance innovation, bad patents retard it. And even bad patents can be valuable to a patent troll. Every penny that goes to license an invalid patent, or settle a meritless lawsuit, is a tax on innovators.