Do Results of Oregon's Medicaid Lottery Boost the Case for Obamacare? 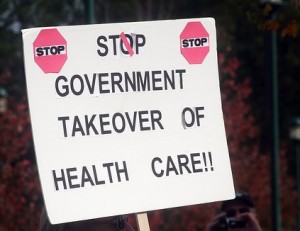 One of the many debates over the new health care law is whether increased access to health insurance really improves the public’s overall health and financial security. Even though there are hundreds of studies comparing insured and uninsured groups of people, there’s nothing definitive so far that answers the question one way or the other. The problem is getting clean data which clearly demonstrates behavior before and after people have had access to health care, rather than comparing two separate groups of people.
But a new study by a group of economists and health care researchers may provide the first empirical evidence that shows expanding health care coverage to low-income individuals does result in better reported health, more preventative care, and improved financial well-being.
The study looks at the first year of results following Oregon’s Medicaid lottery in 2008, in which the state added an extra 10,000 people to its Medicaid plan — a natural experiment that provided a handy bit of research and cost-benefit analysis, considering that in 2014 between 16 million and 20 million new people are expected to be added to Medicaid under the new health-care law, which requires states to extend Medicaid to all adults up to 133 percent of the federal poverty level.
Here’s the abstract:

In 2008, a group of uninsured low-income adults in Oregon was selected by lottery to be given the chance to apply for Medicaid. This lottery provides a unique opportunity to gauge the effects of expanding access to public health insurance on the health care use, financial strain, and health of low-income adults using a randomized controlled design. In the year after random assignment, the treatment group selected by the lottery was about 25 percentage points more likely to have insurance than the control group that was not selected. We find that in this first year, the treatment group had substantively and statistically significantly higher health care utilization (including primary and preventive care as well as hospitalizations), lower out-of-pocket medical expenditures and medical debt (including fewer bills sent to collection), and better self-reported physical and mental health than the control group.

The study found that having insurance boosted individual spending on medical care by an extra $778, about a 25% increase. Here’s a breakdown:

People also sought more preventative care once they were covered:

The study also found a statistically significant decline in measures of financial strain:

Lastly, the study did show that people self-reported improved physical and mental health after having access to health insurance:

The authors weren’t sure whether the low-income participants would actually feel worse about their health once they learned more about it. Though much of the self-reported improvement happened almost immediately after enrollment (before new enrollees even sought medical treatment), it suggests that much of the change was due to an improved overall sense of well-being, rather than any improvements in physical health.