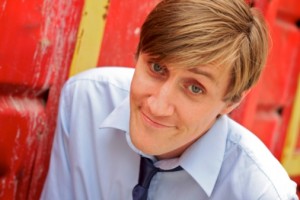 For years, we’ve been hearing from fictional alpha males like Ari Gold and Gordon Gekko that nice guys finish last. Now, according to a collection of studies soon to be released in the Journal of Personality and Social Psychology, there appears to be some truth to the axiom. While nice guys don’t necessarily finish last, they rarely finish first. Researchers Beth A. Livingston of Cornell, Timothy A. Judge of Notre Dame, and Charlice Hurst of the University of Western Ontario, show how “agreeableness” negatively affects monetary earnings. Moreover, their research shows that this “agreeable gap” is more pronounced in men than women, who still trail their male counterparts. Here’s a full version of the study. And here’s the abstract:

The paper goes on to state:

Nice guys do not necessarily finish last, but they do finish a distant second in terms of earnings. From a humanistic perspective, it seems remarkably unfair that men who are amiable would be so heavily penalized for not conforming to gender norms. Yet, seen from the perspective of gender equity, even the nice guys seem to be making out quite well relative to either agreeable or disagreeable women.

The authors are careful to tease out what exactly constitutes “disagreeable.” Rather than a raving psychopath, a disagreeable person is  “more likely than people high in trait agreeableness to behave disagreeably in certain situations by, for instance, aggressively advocating for their position during conflicts (van de Vliert & Euwema, 2004).”

Women, on the other hand, experience a smaller gap in earnings in terms of their relative “niceness,” and still earn salaries well below their male counterparts.

Nice girls might not get rich, but “mean” girls do not do much better. Even controlling for human capital, marital status, and occupation, highly disagreeable women do not earn as much as highly agreeable men.

I will make it a goal to disagree with one thing at work everyday.

Could it be this simple: nice guys agree to lower salaries while disagreeable guys successfully negotiate higher salaries?

I would be willing to bet that being a successful salary negotiator accounts for a sizable chunk of that earnings difference. Most places where I have worked, general dissent from corporate culture (no matter how dysfunctional) and disagreements with bosses are not well tolerated. Those that went far (and significantly increased their salary) were in completely conspicuous agreement with upper management.

So being a jerk on the job only pays when you are male. Got it.

Salaries aside, which party is happier?

On roughly the same trajectory, here is the secret that most guys have been searching for, that explains why women who they can’t get are going with guys who are creeps.

One day I asked my friend “Texas Mike” why it was that I couldn’t compete for the sweetness of women who chose creeps instead?

Texas (Buddha) Mike looked at me and said, “Eric, you’re a nice guy but you simply lack the Sociopathic Edge.”

I asked for some clarification on this pronunciamiento, and Mike continued, “Well, would you DO ANYTHING to get the girl?”

I sat there knowing I had just been taught by a master. “No…” I said softly.

“Well, HE would…. So there ya’ go.” (He should have ended that statement with…”Grasshopper.”

The caveats that are offered need to be noted. It's not being disagreeable, rather being willing to speak your mind. Within that group, there will certainly be a range of how people do that. Also more importantly, this experiment isn't examining how agreeable someone is in their daily lives. Rather, agreeableness is measured in conflict, which is generally where people can differentiate themselves.

A natural follow-up to this study would be to find four groups of people corresponding to how agreeable/disagreeable they were in everyday life and how agreeable/disagreeable they were in debates (conflict, whatever you want to call it). Then, you can see if the patter matches. If you see the dis-dis group do best, then you have some further validity. However, if you see the agree-dis group do as well, then we know that being "disagreeable" is only necessary in debate (or in certain contexts). The parallel convention wisdom would be that people should know when to fight, and to actually fight when they should.

They seem to have rediscovered something I discovered in civil service many decades ago. If you aren't willing to piss someone off, you will never accomplish anything. You don't want to piss off everybody, but you are going need to piss off someone.

I found this research both fascinating and disheartening. The conclusion that "disagreeable" behavior is rewarded with higher compensation does not bode well for professionals who are easy to work with and cooperative with their colleagues. Does this reflect that being "agreeable" is considered both a feminine and "weak" trait?

I have heard this one before. There is only one conclusion to draw- wanna succeed--don't be nice, but don't be mean.

I'm surprised no one has asked how the studies accounted for survivorship bias. One could easily imagine that while a certain number of, ahem, disagreeable men, stand out and increase their earning, it seems likely that this cohort is also terminated in greater numbers.

Great point Larry. Perhaps looking at the top only can be misleading. How about the people who do exceptionally poorly in employment - fail to get jobs or end up fired - do they tend to be agreeable or otherwise?

That aside, this is an interesting and, as others have mentioned, disheartening study!

Perhaps...But it just goes to show that nice guys (and girls) may be richer in other ways.

This may be a long shot, but did they account for age? I wonder if disagreeableness is associated more with the "older generation" who grew up in an America that prided itself on individualism, while the younger generation has been taught that the ideal is to be more agreeable, cooperative, and tolerant. Older guys would be making more money due to having advanced further in their careers, therefore it could give the impression that disagreeableness = more money.

While I realize that the singular form of "data" is not "anecdote", I can safely say that my disagreeable nature has gotten me raises that people of more agreeable nature ruled out as impossible before I started. They would have stopped and never said anything, never getting the raise. I am not, however, all that old. In fact this pattern started working for me back when I was 28, and I'm 34 now.

I would even extend it to more areas. For the longest time I was a "nice guy", very agreeable, never the remotest bit mean even in jest to women. And I was single. Hopelessly single. Years at a time single. Then I talked to a shrink that made it clear that agreeableness doesn't get the girl. Taking charge, expressing your interest in her (even the sexual part they act so offended by around nice guys), and even teasing her with a little bit of mean would pique her interest. It worked better than I even imagined it would.

As for your observation about age, I will say my generation of males got the short end of the feminism stick. Old school feminism that aimed for equal rights and all was great, but somewhere along the way mothers started being encouraged to emasculate their sons. The media portrayed strong men as universally boorish, worthless, unattractive slobs with no place in modern society. Feminism swung way too far in the direction of punishing young men for things generations before them had done. So yes, this is where the great majority of males for my generation got in their head to be way too agreeable.

Keep in mind, I'm not saying a guy has to be a jerk to get ahead in life. He has to have an ego and confidence. He has to know what he wants inside and express it. And when push comes to shove in a conflict, he has to be unafraid of getting his way and dealing with the consequences that might entail. These can be done by being a rude, obnoxious jerk, but they work a lot better if he comes across as determined and confident. Making people fear you is temporary, but making them feel comfortable and safe around you goes a long way.

At least that's what "disagreeable" has meant to me.

Is this study up to date? I've seen several studies showing that women are pulling ahead of men in many areas such as education, earnings, grades, and management positions.

I think there is a degree of disagreeable-ness where it is optimum, some where above the middle but way below the extremes. Life is all about balance.

Damn, it feels good to be a gangsta